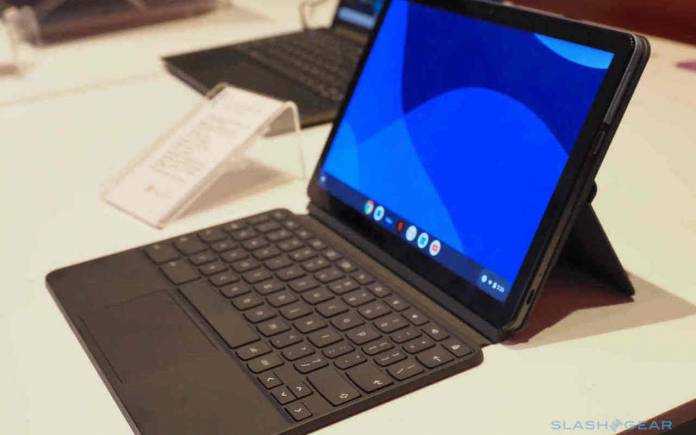 The doors to CES 2020 have opened in Las Vegas. Even before today, a number of OEMs and brands have made announcements and of their new products. Some of the names that teased their new stuff include Klipsch, OnePlus, Samsung, TCL, and Lenovo. On the side, Samsung announced its new mid-range and flagship phones but it’s participating at this week’s CES by launching new Chromebooks among others. The Chromebook market continues to expand. Kudos to Google for coming up with the Chrome OS. Since the year 2012, the OS has since been adopted by numerous OEMs, allowing them to manufacture their own Chromebooks. The Chromebook is a category on its own, different from laptops and netbooks.

At this year’s CES, three brands have started the tech event by launching their new Chromebooks. Lenovo, ASUS, and Samsung are already known in the Chromebook game so we recommend you to check out any of the products recently announced by them. 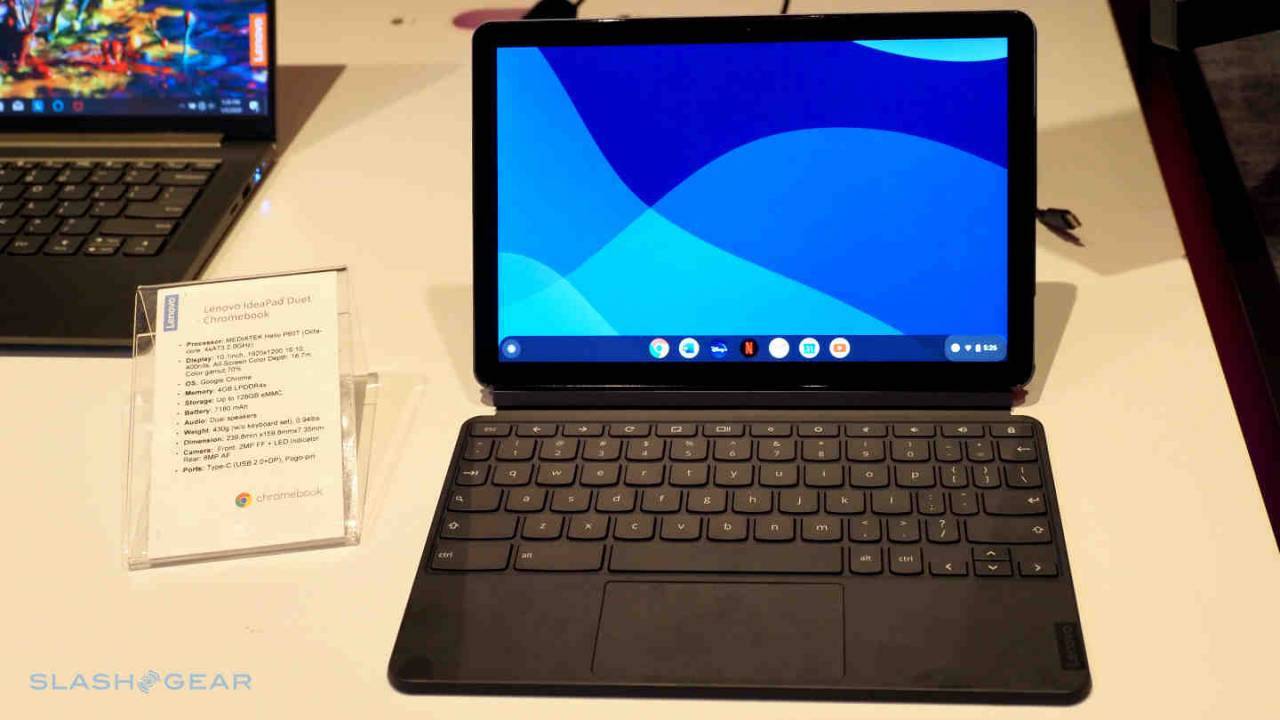 Lenovo has earlier unveiled smart solutions. Today, we’re learning about the new Lenovo IdeaPad models–the Flex 5 and the Lenovo IdeaPad Duet two-in-one. Both Chromebooks are portable and are powered by Chrome OS.

One is a two-in-one device while the other one is in laptop form. The IdeaPad Duet Chromebook and the FLEX 5 Chromebook are different in many ways but they offer the ease and comfort most Chromebooks provide. The form factor of the IdeaPad Duet is detachable and portable. It’s a tablet that turns into a laptop, thanks to a built-in kickstand.

There is a keyboard cover when you need to do some typing. The tablet form boasts a 10.1-inch Full HD screen with 400 nits of brightness, USB-C, microphones, dual speakers, up to 4GB RAM, max of 128GB storage, and a large 7180mAh battery. The device runs on ARM G72 MP3 graphics and a Mediatek Helio P60T octa-core chipset. It’s only $280 when released in May this year. 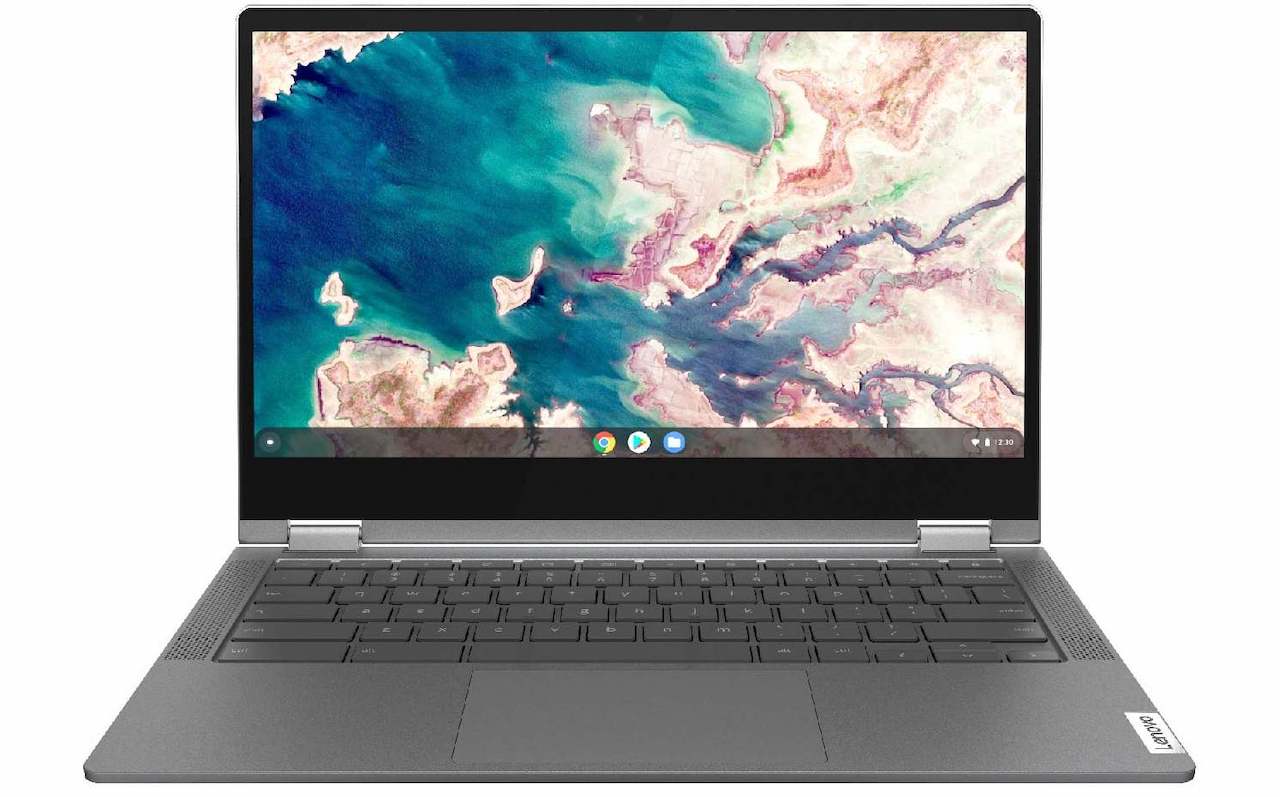 The FLEX 5 Chromebook comes with flexible hinges so you can fold back the 13-inch Full HD IPS display. The keyboard comes with a backlight and is water-resistant. No need to worry about spilling water or coffee while you work. It’s a laptop alright but it also offers stylus support. It also comes with 4GB of RAM, 128GB storage, two 2-watt stereo speakers, and a 10th-gen Intel Core i5 processor. 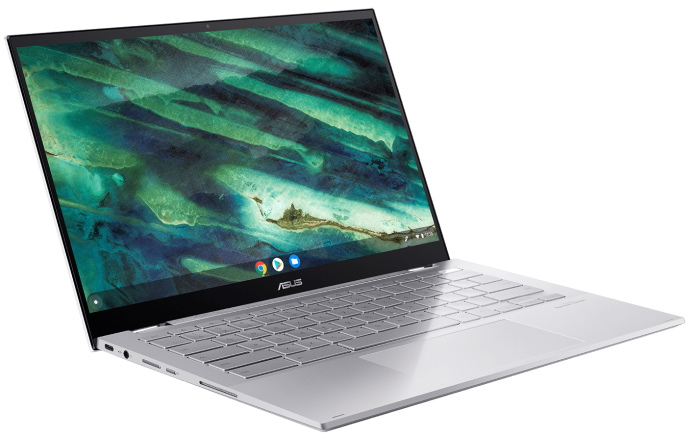 ASUS has been making Chromebooks for over five years now. We’ve featured a lot and most of them were launched during CES. It’s no different this 2020 as the new ASUS Chromebook Flip C436 but this one is meant for those looking for higher-end machines that may be used for hard-core work or editing.

There is a 14-inch screen, frameless NanoEdge display, 1920 × 1080 resolution, and smaller bezels. The ASUS Chromebook Flip C436 meets the Project Athena requirements and is able to satisfy the target specifications of Intel. 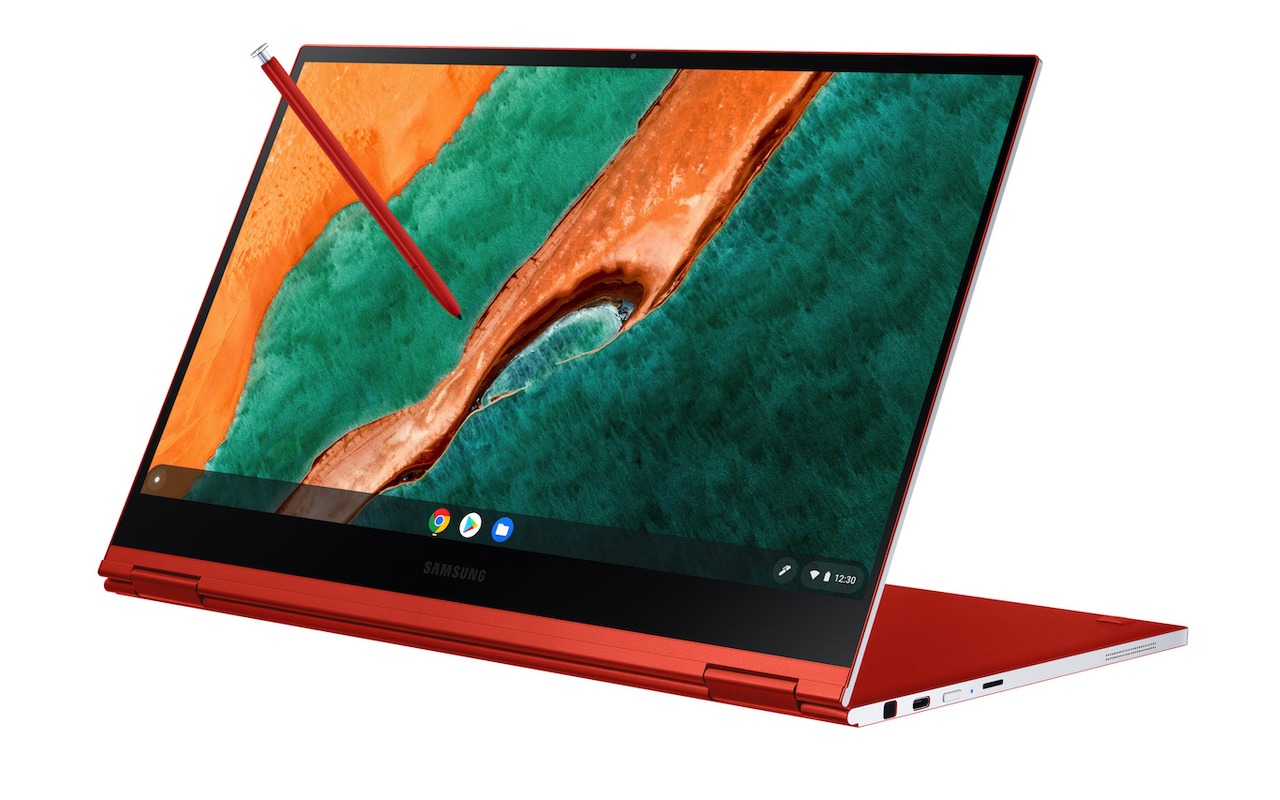 Last but not least is the Samsung Galaxy Chromebook. So this is another Galaxy device. We don’t think it’s under the Galaxy phone series but the Galaxy brand will definitely help the company sell. It can be considered a premium 2-in-1 Chromebook with its features, design, and performance–just like the premium Galaxy phones. This new Samsung Chromebook is the thinnest yet from the company but it also offers stylus support and a 4K UHD AMOLED screen for a cinematic experience.

Other display features include HDR400 for high-contrast graphics, 3.9mm bezel, and Ambient EQ. It also comes with Google Assistant. This one also under the Project Athena innovation program so you know it’s good.