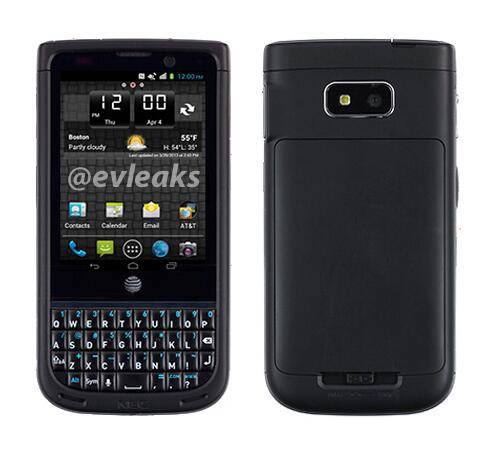 Today a rather unique device has just leaked into the wild and is headed for AT&T. As we all know, BlackBerry has recently changed their hardware to try and compete in today’s world, and many still love their hardware keyboards and candy-bar design. Well, if you want the best of both worlds check out the newly revealed NEC Terrain below.

Apparently NEC still makes smartphones, although you’d be hard pressed to find someone actually using one. Apparently NEC wants to get into the business world and take on the BlackBerry of old, and new. This new device appears to rock a 3.5-inch or so display, as well as a dedicated BlackBerry-style hardware keyboard for all you typists.

I don’t even know where to start. Can this trend and style just die already? Add on the fact they wasted tons of screen real-estate for that darn AT&T logo, and I want to throw it away already. However, there’s still a huge population of people that just love their hardware keyboards. And this appears to offer that and Android 4.0 (or higher) for the OS.

The leak by the popular and usually spot on @evleaks doesn’t reveal any hardware details, specs, or a release date, but we have a feeling this smartphone will be coming soon. The date on the screen states April 4th, so it’s already a little late if that was their planned launch date. Expect this to be a low-end device in terms of specs, and possibly free on contract. Although wait, anything is possible on AT&T.