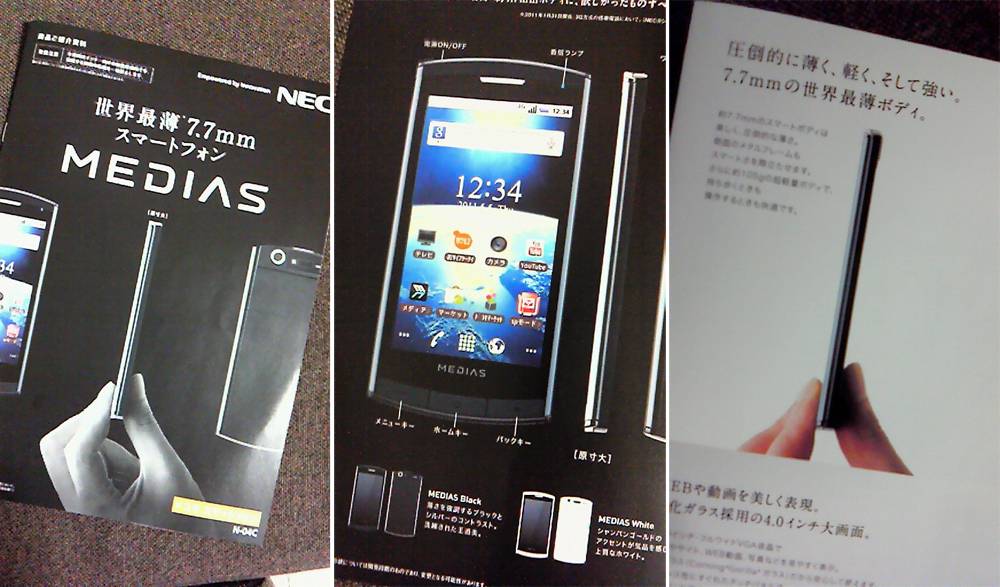 So far, NEC’s Android devices have looked pretty clunky: you can hardly accuse the Touchnote or Smartia of being alluring in their design. However, all that looks set to change with the NEC MEDIAS N-04C, a 7.7mm thick Android 2.2 Froyo smartphone expected, according to Draft Life with Blog, to hit Japanese carrier NTT DoCoMo on February 24.

The super-slim smartphone hasn’t been fully detailed, but it will have a 4-inch display, NFC and 1-Seg digital TV tuner, and be available in black and white. At 7.7mm it’s thinner than the Sony Ericsson XPERIA Arc (which is 8.49mm thick) and the Arc doesn’t even have NFC. No word on international launch plans, but NEC would be crazy not to take the MEDIAS E-04C abroad.