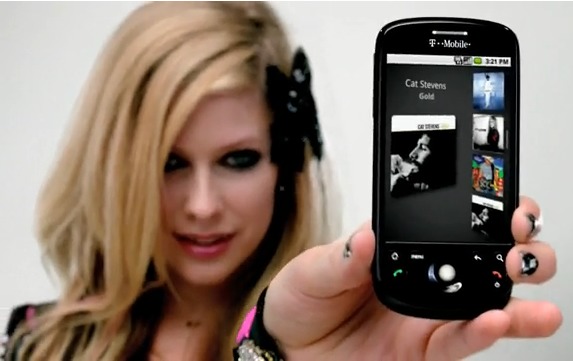 As of lately, it appears we have been busy with videos for the Hero from Sprint, or for the Sony Ericsson XPERIA X10. And how to forget the TV advert for the Verizon DROID by Motorola, throwing everything they can against the iDont phone.

Well, apparently, T-Mobile doesn’t want you to forget about them. So they released another TV commercial for the Android phone myTouch 3G. This latest TV ad for the myTouch features Wyclef Jean, Avril Lavigne and Brad Paisley from the music world.

The advert is called “Music”, and the soundtrack is the same that we have heard on the previous T-Mobile myTouch 3G commercial. Which by the way, is a Wyclef Jean remix to a Cat Stevens soundtrack. I don’t know why T-Mo doesn’t release one for the Motorola Cliq or the Samsung Behold 2, but that’s just me thinking out loud. So what do you think folks? Do you like it? Let us know in the comments what’s your take on this one.