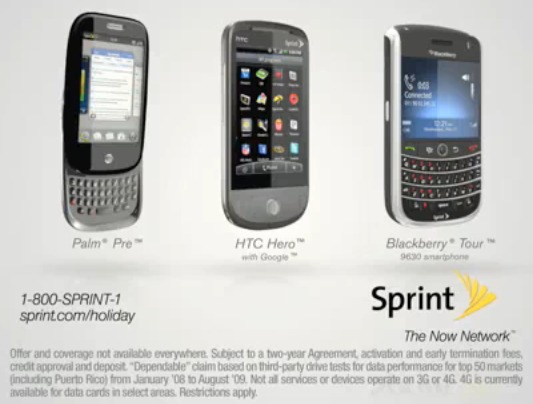 If you have seen one of the new Now Network TV Commercials from Sprint/Nextel, then you have notice how different – and better – those are in comparison to the old black and white with Dan Hesse in them. Well, Sprint is now airing one of those nicer Now Network ads with the HTC Hero in it.

This new TV commercial is for the holiday shoppers to see some of the best handsets that Sprint carries. In it you can see the little black pebble; the Palm Pre, the chinless (and better looking, at least in my opinion) HTC Hero and the BlackBerry Tour.

Unfortunately, the Samsung Moment is missing on this commercial, why Sprint did not include the Samsung smartphone is a mystery. But at least is finally releasing commercials for Android devices, and calls the Sprint HTC Hero as a customizable phone with access to thousands of applications.