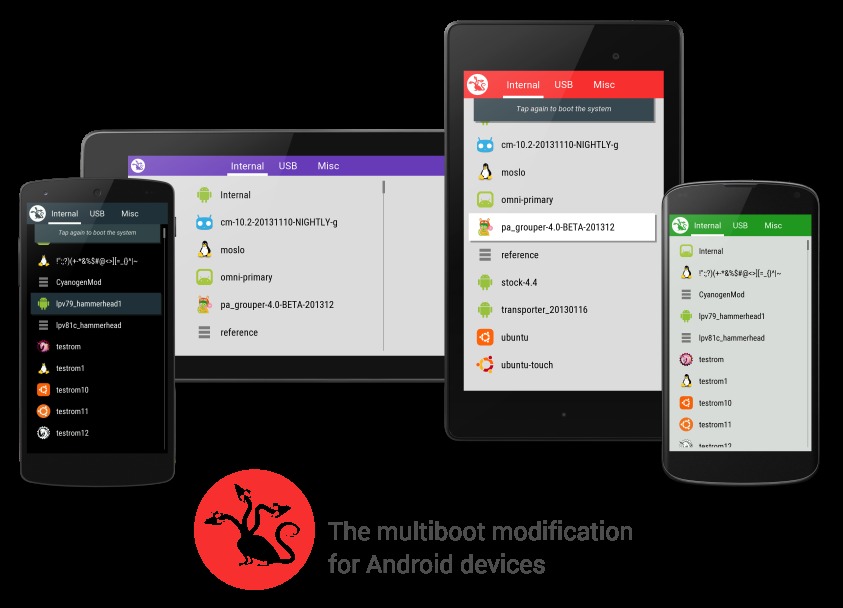 We have already shown you what MultiROM can do – it is a great piece of Android software developed by XDA developer “Tassadar” that allows devices to boot into different ROMs each time it boots up. To date, a number of Motorola devices have gotten MultiROM ports, as well as the LG G2, the Sony Xperia Z and the OnePlus One. Looks like a few more popular devices will get multi-boot capability now – the HTC One M8 and the Samsung Galaxy S4.

The HTC One M8 is HTC’s current flagship phone, and it’s hugely popular. Now it is getting a capability to boot into different ROMs, making it that much more cooler and strengthening its geek cred. The port was created by XDA member “boringalex”, and is at the moment considered as in beta phase. This means there will be a few bugs here and there, but is nonetheless usable. Check the original thread for this port here.

Another phone getting some multiboot goodness is the Samsung Galaxy S4, whose MultiROM port was made by XDA senior member “AntaresOne”. This hasn’t been featured yet by the XDA blog, so you can go directly to the original XDA forum thread for complete information on the port and any clarifications you might want to ask the developer.

We don’t need to remind you that putting MultiROM on a device that was not designed to handle multiple ROMs means that at some point something might go wrong. If you do not have the capability to recover from a situation where you might have bricked your phone, then this might not be for you. If you are comfortable doing this, we still say: keep good backups, always.