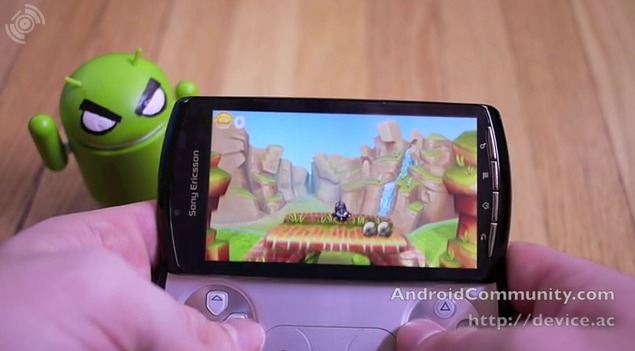 It’s time for a great app, a brand new app, an app that’s going to change your LIFE – this is Muffin Knight, a game in which you shoot arrows, black holes, and belched-up food and guts in order to gain access to a set of muffins which you must return to a sorceress who’s taken your life away from you for your sin of hunger. Sound like the game for you? Delve in with me to a world where it’s not the muffins you eat, it’s the on-fire pigs that you burn to death with you additional dragon flames and/or flaming arrows. There’s even a gnome with a shotgun!

That’s right, ladies and gentlemen, this last-last-week released app by the name of Muffin Knight takes a basked full of delicious muffins, an innocent young boy, and a fairy who’s very apparently taking a bathroom break in a set of bushes – she curses you, making you a knight who’s goal it is to retrieve every single one of her muffins before he’s allowed to continue with his tiny cute life. This game is optimized for use on the Sony Ericsson Xperia PLAY, but you can play it on any Android Device if you wish should that device have a touch-screen display.

Your first few characters are a knight, an archer, a gnome, a mage, each of these characters with their own unique weapon and ever-increasing set of skills. Your goal is to move about the level collecting muffins where they fall, meanwhile avoiding being touched by any enemy at all whatsoever. Your weapons murder most enemies in a single hit, but as you’ve got a limited amount of space in the level, the chances that you’re going to hit the enemy before YOU get hit are certainly slim if you’ve never played the game before.

Each time you hit a muffin, your character changes to a random one of the set of characters you’ve already activated. Later characters are a cyclops who can shoot black holes, a dragon who can throw flames, and a wolverine-type-character who can slice through his opponents with the greatest of ease. You can pick this game up on the Android Market today for $2.99:

[MUFFIN KNIGHT ON THE ANDROID MARKET]

And note that this game is made by the same folks who brought you Guerrilla Bob THD optimized for NVIDIA Tegra 2 devices as well as the non-optimized versions of the same game. Keep em coming!