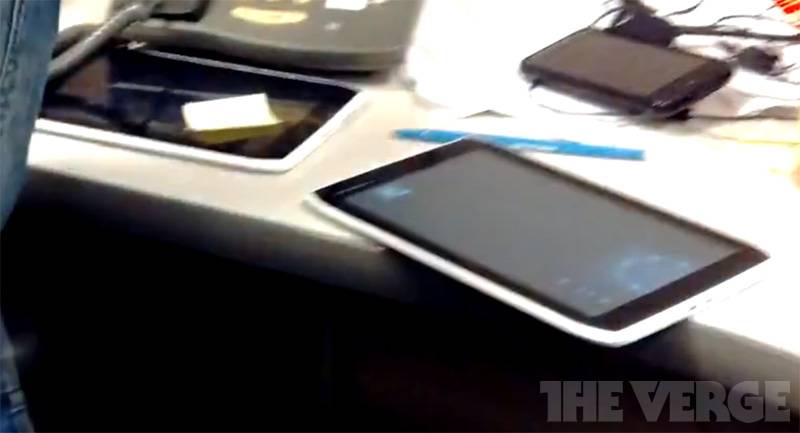 An image of what appears to be Motorola’s 7-inch version of the XOOM has leaked, presumably the same compact tablet CEO Sanjay Jha promised was in the pipeline earlier this year. No specifications in the image sent to This is my next, but the slimline slate does appear to have the Motorola logo – or something like it – in the top corner, and be running Android Honeycomb’s camera app.

As for connectivity, while we’re guessing that WiFi, Bluetooth and 3G/4G are all likely additions, the only thing visible at the moment are two ports on the lower edge. They, it’s suggested, are microUSB and microHDMI.

If authentic, gone are the chunky stylings of the original XOOM, to be replaced by an angled aesthetic more in keeping with the Photon 4G. No word on when, exactly, this new Motorola might hit the market, nor indeed what the chunky device in the upper right-hand corner might be.