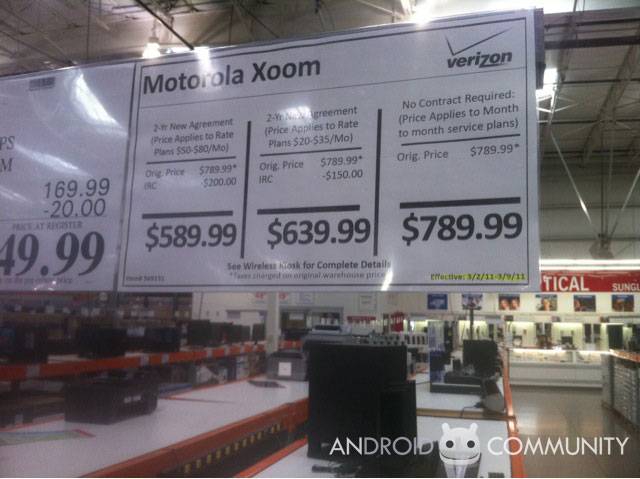 So were were hanging out at Costco today and what do we find? A stack of Motorola XOOM Android tablets sitting around unassumingly — or at least, their cardboard placeholder counterparts. Did they have prices already? Of course they did! For a brand new Motorola XOOM tablet on a 2-year contract on Verizon in the $50-$80 range per month, you can get the otherwise $789.99 tablet for only $589.99. That’s the cheapest.

If you want to grab the tablet with a 2-year agreement in the $20-$35 a month range, you’re looking at $639.99 total. Then of course if you’d like the no contract model, you’re going to be paying the original $789.99. Will they be running out of units anytime soon? Doesn’t look like it. Per the post we’ve got up from just a few hours ago with a photo from Sam’s Club, you’ll be looking at a $539 price for the unit – but there we’ve got no details on the cost per month from the carrier. Is it too much to hope for a completely non-contract sub-$600 XOOM? 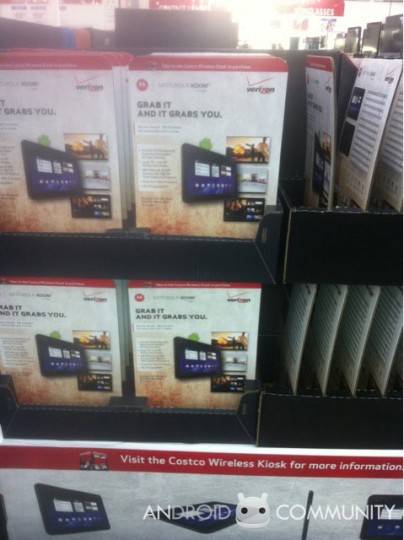 On the other hand, are we asking the wrong question? We’ve been considering the fact that trends have been pointing toward a completely price-independent system where a device can cost $600 out of the gate and be essentially free (on contract) only a few months later. Will the same be true of the XOOM? We’re thinking that in order to compete with the other Android tablets, all Motorola really had to do was what they’ve already done, declare that Google chose them to release the optimized Honeycomb product/OS combination. What about the iPad? More on that in another article. 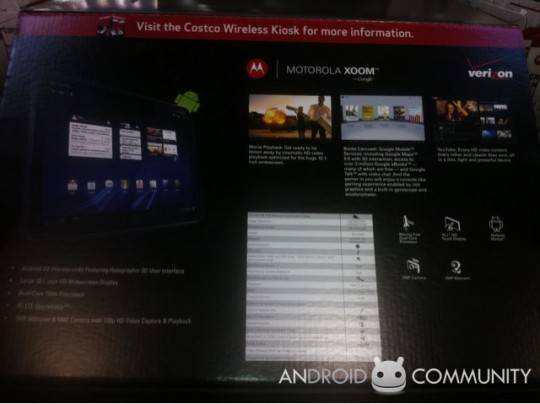