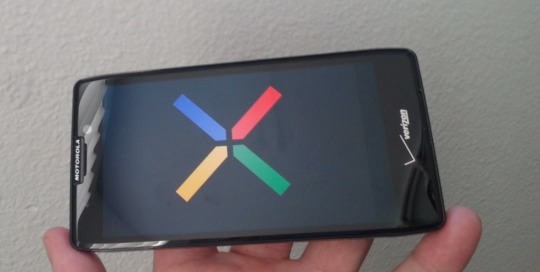 Well we knew they were coming sooner or later. After multiple reports confirmed Google and Motorola were working together on the newly acquired manufacturers next handset, we’re now seeing a few tips and rumors with some bold and big claims. Multiple sources have come forward claiming to have some details about a May release date, 5-inch edge-to-edge bezel free displays, and Nexus-like in its OS. Read on for a few of the better rumors floating around.

So what we do know is that Google and Motorola are nearly finished with the Motorola X-Phone, and have now switched over to building the X-Tablet. At least according to the Wall Street Journal. Larry Page recently gave an interview mentioning how they’ll be shaking things up with Motorola — and this could be it.

Reports are slowly starting to surface with all sorts of bold claims and rumors. We’ll start with Droid-life as they have received a few interesting ones. According to their sources the X-Phone will be announced at Google I/O 2013. The best part here is it will be available on all carriers – even Verizon – and VZW will even allow the bootloader to be unlocked. Only they wants $15 a month to unlock it. Yeah right! The Play Store will sell it for ALL four major US carriers, and it will be unlocked for them all. So basically toss that Verizon unlock part in the rumor mill right away.

The report goes on to mention July 8th for the official release date, but that’s likely to change. It will be running Google’s latest Android 4.5 or 5.0 Key Lime Pie, but won’t be a “Nexus” device. Being nearly stock and what sources claim to be Nexus-like with a few small Motorola tweaks. If it’s nearly stock but with added features for NFC, Wallet, maybe stylus support and that’s all I think many will be happy. That’s doubtful though as Motorola’s not one for stock Android. We can only dream. If you buy it unlocked from the Play Store you can remove the bloatware at will, and essentially make it a Nexus. Interesting. We’ve been wishing for a on/off switch of skins for years. That would be amazing. All in all, take this with a massive grain of salt. And that includes the July release date for $299.

Now this next set of rumors is actually a bit more detailed in terms of specs. The folks from Droidforums have been correct in the past and part of their report even matches that above, so I’m getting a little excited. They claim the X-Phone will rock a 5-inch 1080p edge-to-edge bezel free display, yet be smaller than the Galaxy S III due to thin bezels and an excellent design. Yes please! They go on to claim a similar story about stock Android 5.0 KLP with a few Motorola enhancements (read: bloatware) like Samsung’s S-Beam and things of that nature. So while it won’t be a Nexus, it will be the closest thing to one.

DroidForums also states the X-Phone will be available to all carriers. That’s why they’ve dropped the DROID moniker. However Droidforums are all about Verizon, so rest assured that the X-Phone will still be hitting big red complete with 4G LTE and the works. They also claim the same Google I/O announcement, which makes sense as Google’s always done it that way, but they don’t give any hint towards a release date.

We think we’ll be seeing a 5-inch 1080p quad-core (maybe Tegra 4) smartphone with a RAZR M like bezel – or smaller – running KLP with a 12 MP camera, 3,300 MAXX HD like battery, thin design, and available to all carriers. It won’t be revolutionary, but it will be awesome. Bring it on Google. I’ll take two please!