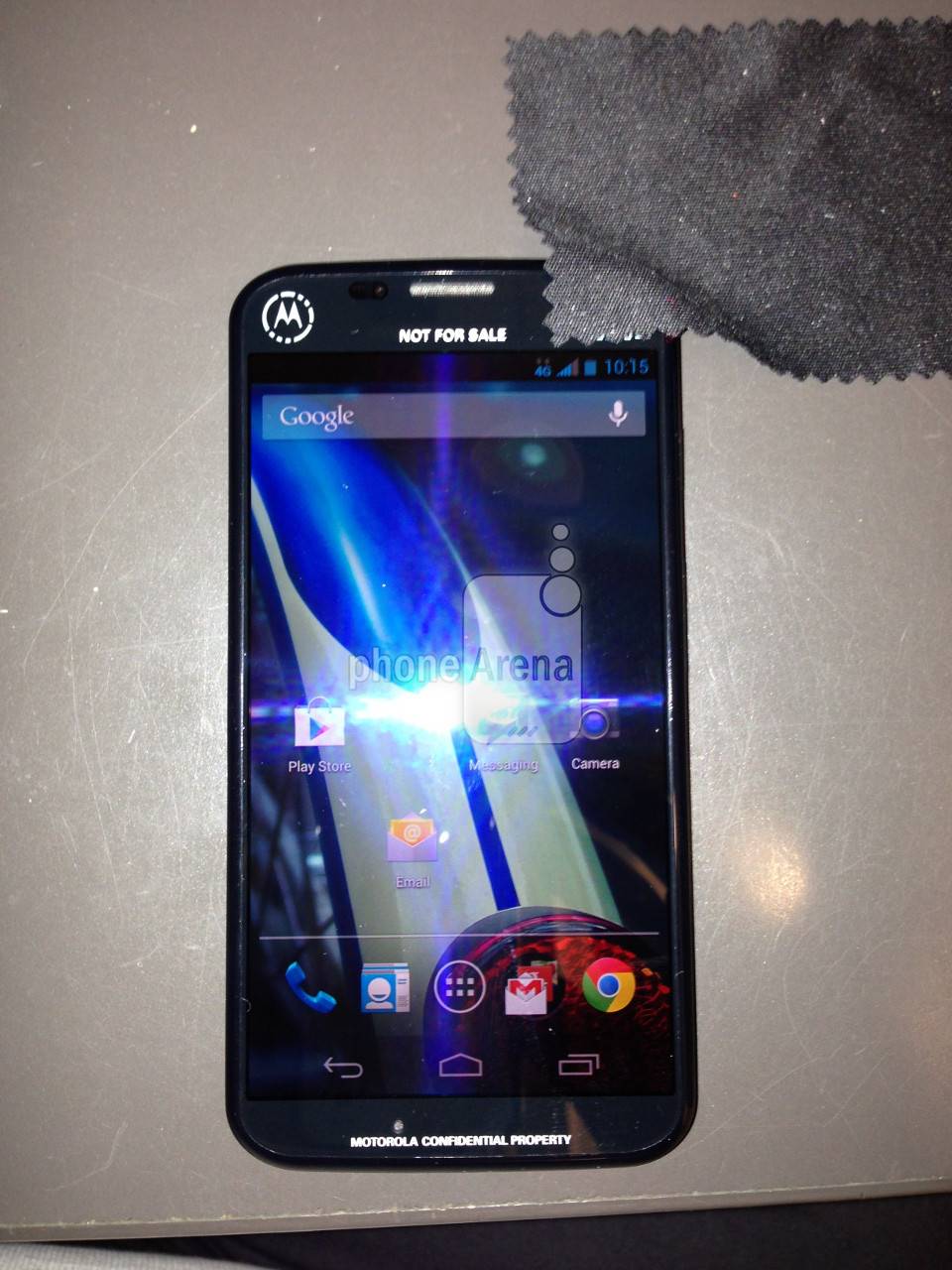 The latest Motorola X phone rumors are pointing towards an announcement on August 1st. While that remains to be seen, it looks like a recent leak is offering a solid look at the handset. The image comes by way of the folks at phoneArena who have it listed as the Motorola XT1056.

As you can see below, the image is clear, but unfortunately it was not published with much else in terms of specs. This image is said to have come as a result of a recent Sprint LTE testing session, which does confirm support for LTE. Of course, given the smartphones we see released today, it would be more of a surprise if the handset didn’t have LTE.

The person who managed to grab this picture wasn’t able to measure or otherwise check the display size. Previous expectations and rumors suggest the X phone will have a display that is somewhere between 4.5 and 4.7-inches. The display is said to be 720p and the handset should arrive powered by a 1.7GHz Qualcomm Snapdragon processor.

Other rumored specs look to include 2GB of RAM, 16GB of internal storage and Android 4.2.2 Jelly Bean. And on a positive note, the Motorola XT1056 does have a removable battery. This particular leak centered around the image of the handset, but in the past we have heard the Moto X will be launching as a contextually-aware smartphone.

What that means is the handset will be aware of its surroundings. Dennis Woodside from Motorola previously talked about using the handset while in a car. Woodside noted; “Imagine when in the car, the device will know it is going 60MPH and it is going to act differently so you can interact with it safely. Those are the kinds of things we’re doing with fundamental technology .”