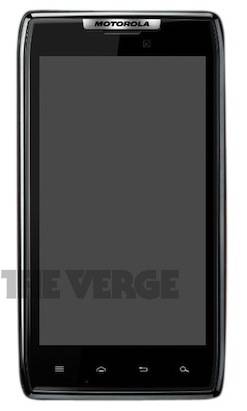 How about a new powerhouse Android smartphone to start our weekend? What has just been revealed is apparently codenamed the Motorola Spyder but sources are calling this the DROID RAZR. I’m not sure if I’m more excited to see the name RAZR be revived, or the fact it has a qHD 960 x 540 Super AMOLED display. More details and images after the break. 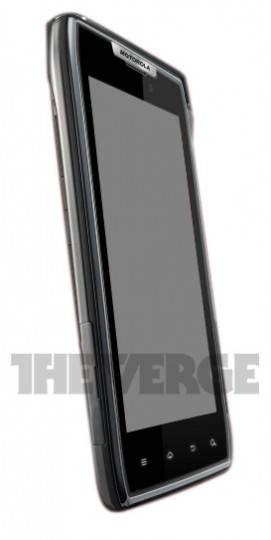 Now for the exciting part. They mention this Motorola Spyder will come with a Super AMOLED qHD display. Taking both the high resolution 960 x 540 from the qHD line and blending it with the amazing and vivid colors and contrast from an AMOLED display. I don’t know about you guys but that just sounds awesome. Some may remember the DROID HD that was leaked back in August and it appears to be the same smartphone.

I like the fact they may revive the once iconic and hugely popular RAZR brand as it had a great run back in the days. Looking over the leaked images below it appears to be very similar to both the Bionic and the Droid X — having a similar small volume rocker, and maybe even the slight curve around back as we’ve seen so many times. We can expect a wide array of docks, web tops, and accessories just like previously launched Motorola smartphones with the DROID RAZR too. Take note the micro-USB and micro-HDMI appear to have a cover or door to conceal them if the photo renders below are what we’ll see come launch.

Interesting leak for this early Saturday that is for sure. We should hear and see more and hopefully this amazing looking phone doesn’t get delayed too many times like our friend the Bionic.