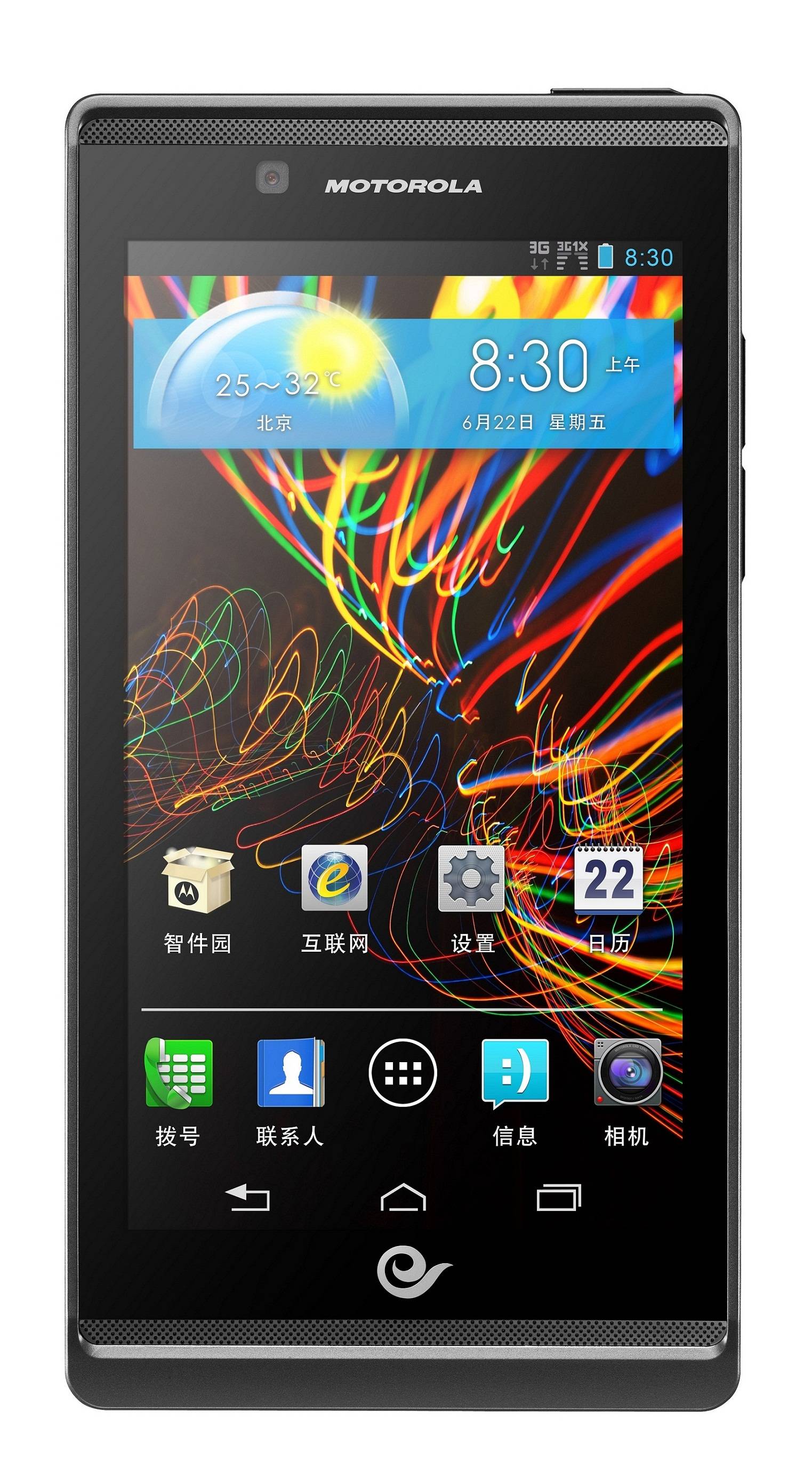 Motorola today has outed a pair of devices headed to the Chinese mobile market. The one that caught my eye was the until now unseen RAZR V XT889 with Android 4.0 Ice Cream Sandwich and a few other RAZR-like features. While multiple RAZR’s from Moto have leaked for China, this one is a little different.

The device rocks a familiar 4.3-inch screen with a 1280 x 720p HD display, and is running on Android 4.0 Ice Cream Sandwich just like the various leaks we’ve seen as of late. Around back is an 8-megapixel camera and the RAZR Kevlar coating although this time it wraps around the entire device. It looks quite similar to the RAZR HD that is headed to Verizon here stateside — only this still has the camera hump.

This new RAZR appears to have a rather large speaker grill on both the top and bottom of the front of the device, something I think is a great move that more phones should have. While watching videos or gaming (like we do often on smartphones) this will really help the phone have better sound. Then as you can see Motorola has done away with the capacitive touch buttons and opted for on-screen navigation using the same Galaxy Nexus style buttons. Hopefully more manufacturers will take the same route now that Google’s gone that direction.

The phone OS also looks similar to the Motorola Atrix 3 headed for AT&T we’ve seen the past week, so it’s safe to say Motorola is preparing to push another slew of smartphones out this summer with HD screens and Android 4.0 Ice Cream Sandwich.