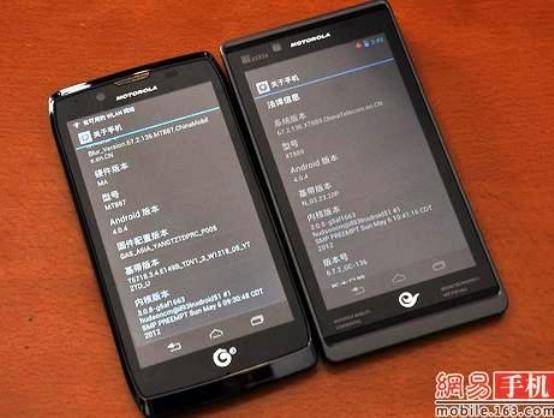 Motorola isn’t wasting any time tossing new powerful handsets onto the market in other parts of the world. Just like with Verizon here and the DROID branding, they’ve continued to update at a very fast pace. Today Motorola announced three brand new Motorola RAZR smartphones for China. All looking a little different but all running Android 4.0 Ice Cream Sandwich.

Model numbers for these new RAZR’s are MT887, XT885 and XT889, and they’ll be available in China starting June 2nd on multiple carriers. Motorola’s MT887 (on the far right above) comes with a 4.3-inch qHD display (not HD) an 8 megapixel camera, about 8.3mm thin and is powered by a 1.2 GHz dual-core processor. All these phones are running the absolute latest Android 4.0.4 Ice Cream Sandwich — hopefully their US brothers will see the same shortly with an update. 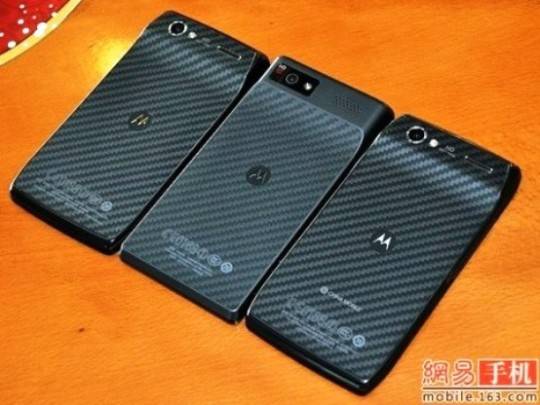 All three of the RAZR phones shown will be available soon hitting China Telecom and China Unicom early next month. You can clearly see from the last image the famous RAZR designs around back although the one in the middle looks closer to the DROID line than anything. We’ve seen similar phones leak in the past but today they are official and headed to the Chinese marketplace. Now lets just hope Motorola gets that Android 4.0.4 update for Verizon’s RAZR’s sooner than later.