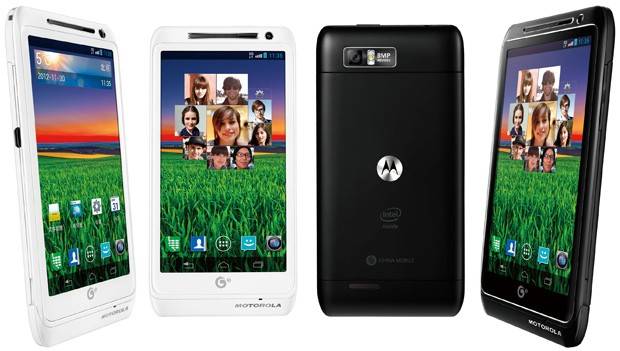 More and more smartphone creators are looking to break their way into the Chinese market. With the reports of Android’s complete and utter domination, it’s no surprise; clearly people in China love some Android. Reports came out that HTC was brining the DLX to market in China, and now, Motorla is following along with the RAZR i MT788.

On paper, the device is very similar to its western counterpart. It comes with a 2GHz Intel Atom Z2480 processor inside. It comes with the same 4.3-inch 960 x 540 AMOLED display, an eight-megapixel camera, a microSD slot, and Android Ice Cream Sandwich installed. But there are some very noticeable differences as well.

Of course, with a new market, there is bound to be some changes to the device, and Motorola has made some important ones to this particular phone. The most obvious is the chassis of the phone, which looks different from the western version. The battery is also smaller at only 1,735mAh instead of the RAZR i’s 2,000mAh. It also comes with only 4GB of built-in memory instead of 16GB.

The last notable change comes to the front-facing camera. It has actually been bumped from .3-megapixels to 1.3-megapixels. The price has not been announced for the device yet, but interested buyers in the Chinese markets will be able to grab one from China Mobile in mid-December.