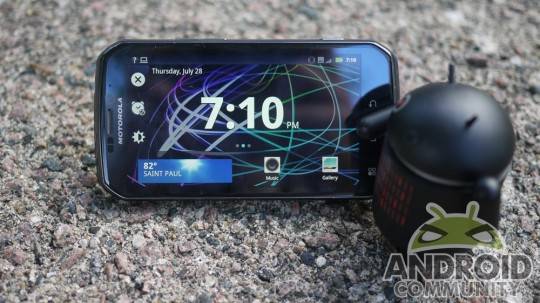 Late last year Motorola launched their first 4G device on the Now Network in the Motorola Photon 4G. Powered by 4G WiMAX and even rocking a kickstand similar to the popular original EVO. While the phone might not have seen the same success as the EVO, they are apparently preparing a sequel to the phone and will run on their new 4G LTE network.

According to tips received at PocketNow Motorola is working on a follow-up device that will have better specs like a 720p HD display, be super thin, and obviously use the new 4G LTE network. The Now Network has been choosing some terrible names for devices lately and this appears to be no different. We are hearing it will be called the Motorola Photon Q 4G LTE. What the Q stands for is anyone’s guess (possibly quad-core) and really just LTE in the name would be plenty.

You can expect a similar form factor to the original Photon 4G, a dual-core processor, the kickstand will most likely be included, and if it turns out like recent Motorola phones it could be super thin like the DROID RAZR. With LG and Samsung releasing 4G LTE phones for the newest LTE network in the US the past week and HTC’s coming soon, we can expect something from Motorola soon but have no additional details at this time. More details on the original can be seen below.