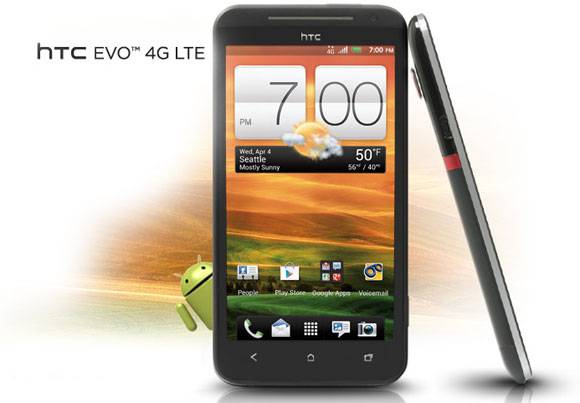 Americans will have at least one more option when it comes to HTC’s brand new flagship. The HTC Evo 4G LTE was announced for The Now Network today, presumably by a spokesman who then needed to take a breath. It’s nearly identical to AT&T’s upcoming One X, with a few styling changes to reflect the network and – wait for it – a kickstand. It’ll also be one of the first LTE devices available on the carrier, though the capability won’t be useful until they open their first markets. That also means that it’ll be rocking Qualcomm’s Snapdragon S4, since the Tegra 3 is not currently compatible with LTE networks.

Just in case you need a refresher on the One X’s specifications, and haven’t read our review: this monster phone comes with a 4.7-inch 720p IPS screen, a 1.5Ghz dual-core processor, and 1GB of RAM. The operating system is Android 4.0 with the now-familiar Sense 4.0 user interface, with Beats Audio added in for good measure. On the EVO 4G LTE 16GB of storage is standard, unlike the 32Gb versions, though you get a MicroSD card slot to play with. the 8Mp F/2.0 rear camera is intact, as is the 2000mAh battery.

You’ll have to wait a while to get a hold of the EVO 4G LTE: pre-orders don’t even start up until May 7th, more than a month away. There’s no word on when the phone will actually be released, but when it does it’ll cost $199.99. We don’t know how much AT&T will be asking for the One X, but odds are pretty good that it’ll be more expensive – they’ve got less to lose, and don’t need to get people excited about an upcoming LTE network. With a version of HTC’s swanky new One series soon to be available on every other major American network, Verizon Android fans are feeling a little left out in the cold.