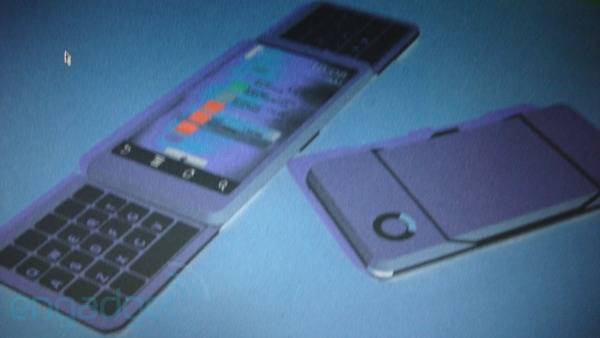 Motorola’s ambitious Android plans for 2010 mean that leaking the odd handset or two is inevitable, and the latest render looks to have squeezed through the corporate security net.  According to Engadget this is the Motorola MOTOSPLIT, a full-QWERTY dual-slider based on a Qualcomm Snapdragon processor (just like the Nexus One).

Full specifications are as yet unknown, but it appears to have the screen section from the Motorola DROID with a split keyboard that pulls out from either side for text entry.  That makes for a wide, narrow handset, perhaps better for tabletop use rather than in-hand.  According to the tipsters, the Motorola MOTOSPLIT will hit AT&T in Q3 2010.