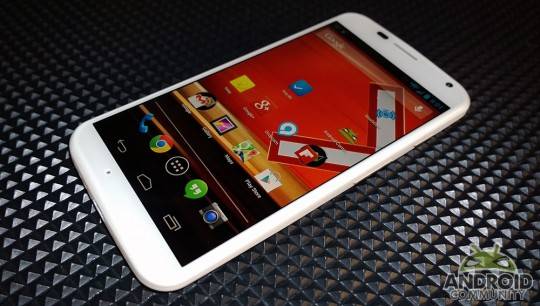 Cyber Monday, and the preceding Black Friday, is notorious for great discounts, crazy sales, and frantic shopping, crammed into a single day. It can almost be expected that some retailers will not be able to handle the simultaneous barrage of customers, which seems to be the cause of Motorola‘s Monday Migraine.

Motorola planned to make a big splash with its Cyber Monday promo, slashing of $150 from its Moto X, both the Developer Edition and Moto Maker customized units. Given how popular and impressive the smartphone is, taking it down to Nexus 5 prices, $350 for the 16 GB unit and $400 for the 32 GB variant, was bound to be a magnet for shoppers. Motorola did make a splash, but not in a completely good way.

While its Twitter account reports a successful sale of CDMA variants of the Moto X Developer Edition, those opting to buy personalized devices via Moto Maker experienced technical difficulties. With Monday quickly coming to a close, the pressure was weighing heavily on Motorola. It promised that if Moto Maker wasn’t up by 9:30 p.m. EST, it will be making up for the lost time with two days worth of the promo.

Of course, that time is now up and Motorola is announcing its back up plan. After apologizing to eager, and probably agitated, buyers, Motorola is announcing an extension of its discount promo. The price cut will be in effect on two days, specifically on Wednesday December 4th and again next Monday December 9th. And to make sure that they come prepared, they will be doubling their stock of devices as well.