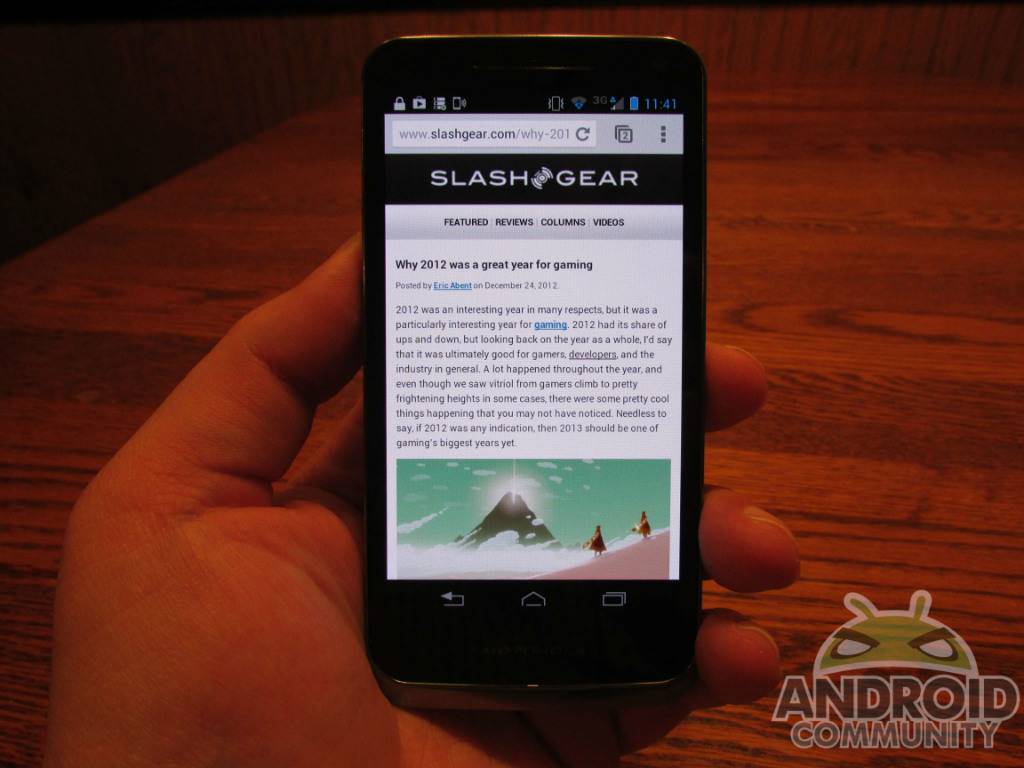 The Motorola Electrify M recently landed at US Cellular, and with it we’re getting a very strong feeling of deja vu. Despite the new name, we’ve seen this phone before, as its nearly identical twin – the DROID RAZR M – is currently gracing Verizon‘s shelves. The DROID RAZR M was a pretty solid handset, though it was somewhat overshadowed by the release of the DROID RAZR HD and the RAZR MAXX HD. Can Motorola keep the quality train rolling with the Electrify M? Read on to find out.

Most of the differences between the Electrify M and the RAZR M are found in the design of each phone. Whereas the RAZR M was decked out in Kevlar, the Electrify M isn’t, opting instead for a silver plastic battery cover. It doesn’t look half bad, but then again, I have to say that I’m more a fan of the Kevlar than I am of the plastic. Still, the silver and black mesh well and come together to form one nice looking handset.

The Electrify M isn’t very big at all, thanks in large part to its 4.3-inch screen. This is the exact same size as the screen found on the the RAZR M, save for one key difference: the RAZR M’s screen was considered “edge-to-edge” by Motorola, but the Electrify M’s screen doesn’t stretch all the way across the face. This probably isn’t going to be a problem for most as it doesn’t do anything to the detract from the look of the device, it’s just that I feel the need to point out differences when I see them considering there are so few. 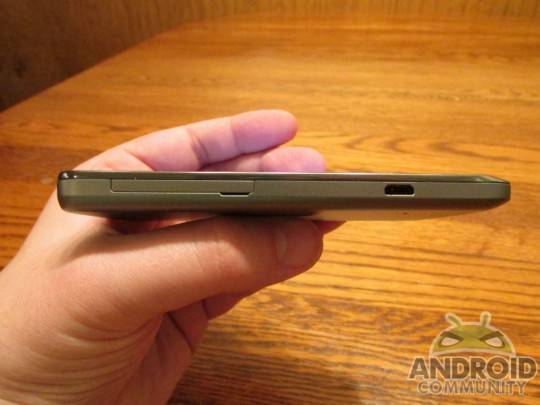 On the left side of the phone is where you’ll find a slot for the micro SD and micro SIM cards and the micro USB port. Over on the right side, you’ve got the volume rocker and the power button, while there’s a standard 3.5mm headphone jack up top. There isn’t anything happening on the bottom of the device, while around the back you’ve got a small opening for the speaker that’s located right next to the camera lens.

The phone comes in a hair under four ounces in weight, which gives it just the right amount of heft. At 0.34-inches thick, it isn’t the thinnest smartphone we’ve seen (it isn’t even the thinnest smartphone Motorola makes), but to be honest, I don’t mind the additional thickness. I don’t want my phone to be a brick, but I also don’t want it to feel like it’ll break if I dare to pull it out of my pocket when there’s a breeze. It feels good in the hand, though those who want a phone on the smaller end of the spectrum will enjoy the Electrify M the most. If you like big smartphones, you might want to look elsewhere. 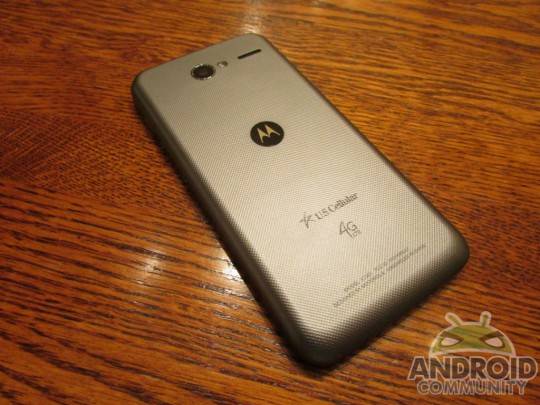 The Electrify M is rather unextraordinary in design, but that doesn’t mean it’s a bad looking handset; there just isn’t much to make it stand out from the sea of other smartphones. Motorola has definitely taken some design cues from the Electrify 2, which launched earlier in the year, so this definitely feels like a member of the Electrify family, despite the fact that it has so much in common with the RAZR M. Just look at it as if you’re getting the best of both worlds with the Electrify M.

While there are some pretty big differences between the RAZR M and the Electrify M in terms of design, there are almost no differences when it comes to hardware. The Super AMOLED Advanced screen not only has the same dimensions, but also the same resolution – 540×960 to be exact. That’s qHD resolution, which means visuals won’t be as sharp as some would like. Sharpness aside, colors actually look great, so in a way that makes up for the sub-HD resolution. 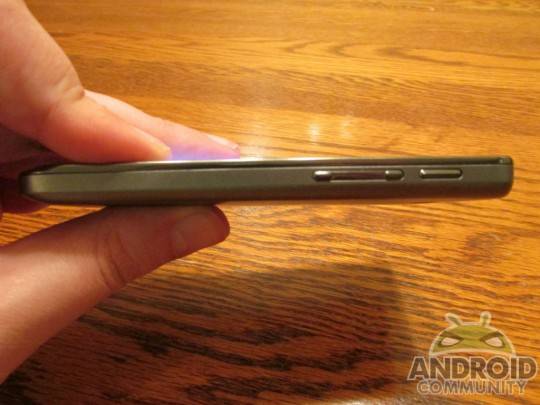 There’s a dual-core Qualcomm Snapdragon S4 1.5GHz running the show, and while some of the technophiles among us probably stopped reading there, the S4 will be speedy enough for most. We have to remember whose attention Motorola wants with phones like the Electrify M and the RAZR M. It definitely isn’t the hardcore consumers, but rather the mainstream crowd. For folks who just want a solid phone that doesn’t cost a ton of money, the dual core S4 will provide more than enough speed.

You could literally rattle off a list of RAZR M specs, and the hardware in the Electrify M would match to the last digit in the last model number. 1GB of RAM? The Electrify M has just as much. 8GB of internal storage? Check. Rear-facing 8MP camera? You know it! Both phones even have the same 2,000mAh battery. If you’ve used the RAZR M before, you’ve already used the Electrify M; it’s as simple as that.

The Electrify M comes running Android 4.0 Ice Cream Sandwich out of the box, and since Motorola is now owned by Google, you’re about as close to stock Android as you can get. There won’t be too much that shocks users as far as the operating system is concerned, but we’re sure many Android fans wouldn’t want it any other way. 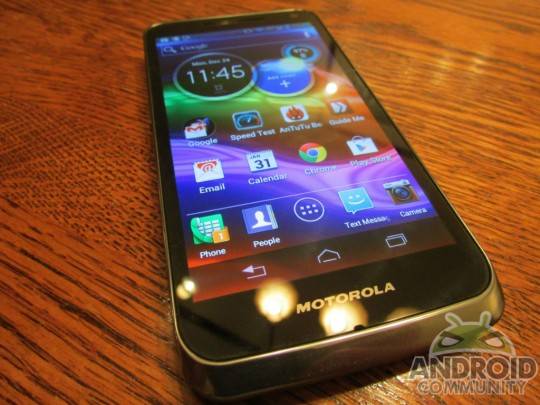 Of course, there’s a decent helping of apps already installed from the get go, with some inevitably more useful than others. I imagine a lot of folks will skip out on US Cellular’s apps – those being Daily Perks, Your Navigation, and Tone Room Deluxe – and maybe also Gameloft’s HD Games hub (which seems a little out of place on the Electrify M). Others, like Facebook, Slacker Radio, Twitter, and the suites from Google and Amazon will see some more finger traffic, but that isn’t any surprise.

With everything tallied up, that 8GB of internal storage drops down to about 4.15GB. That isn’t bad and will likely last some users for quite some time, but people who can’t get enough apps or want to store a lot of music will want to invest in a micro SD card when they go to pick up their Electrify M. 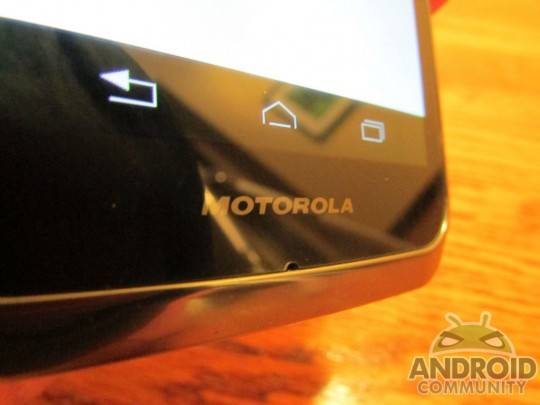 It’s worth pointing out that Motorola plans to begin upgrading Electrify M handsets to Jelly Bean in Q1 2013, which is right around the corner. If you buy one of these, you probably won’t have to wait very long for Ice Cream Sandwich to be replaced with Jelly Bean, and that’s a big bonus. The prospects of future software support are very important to some consumers, so if that’s you, know that Motorola is at least planning to bring the Electrify M up to Jelly Bean by the time everything is said and done (and may even upgrade it past Android 4.1 if we’re lucky).

As stated above, the Electrify M comes with a relatively beefy 2,000mAh battery, which means you’ll have a fair amount of juice at your disposal on a full charge. With moderate use, I didn’t have any problem getting the battery to last nearly two days. You’ll still probably want to plug the phone in every night when you hit the sack, as it seems to drain somewhat quickly while asleep if you’ve got it connected to Wi-Fi or US Cellular’s mobile network. 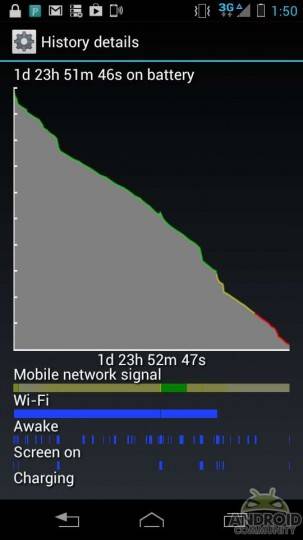 Still, even with usage that borders on heavy, you should be able to get a day out of a full charge. The only downside is that the battery isn’t removable, so you won’t be able to swap it out when the battery the Electrify 2 ships with begins to have problems holding a charge. Non-removable batteries are common in Motorola phones, but that doesn’t make it any less of a drag.

Unsurprisingly, the Electrify M isn’t ranking at the top of the benchmark results, but it’s still powerful enough to hold its own. In AnTuTu, the phone scored 10,499, enough to put it a fair distance behind the ASUS Transformer Prime and ever so slightly ahead of the original Galaxy Note. We get similar results in Quadrant, with the Electrify M coming in a fair amount ahead of the Galaxy Tab and Galaxy Nexus. Dual-core definitely can’t hold a flame to quad-core, but in this case, a dual-core processor is still enough to get the job done. 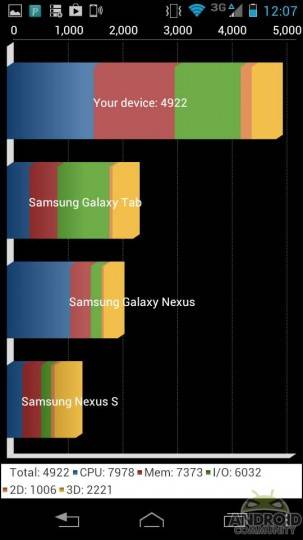 Sadly, I wasn’t able to carry out a speed test that actually means anything, because US Cellular doesn’t have any stores near me. Therefore, it doesn’t have the best coverage in my area, which is understandable considering that it probably doesn’t have too many customers where I live. I was able to get something on the carrier’s 3G network, but if you live in an area that’s actually serviced by US Cellular, there’s a very good chance that you’ll get much better results. That’s especially true if you live in US Cellular’s 4G LTE coverage area, as the Electrify M is primed and ready to take advantage of LTE. 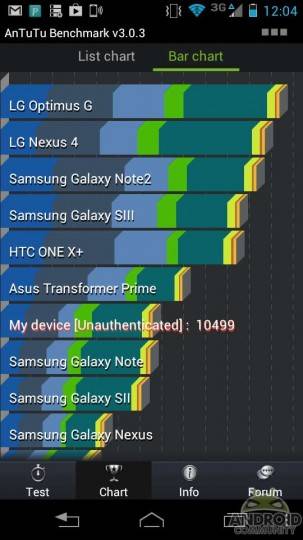 We’re working an 8-megapixel rear-facing camera on the Electrify M, and like the shooter on the RAZR M, it takes some respectable pictures when you’re in a well lit area. These images aren’t good enough for me to recommend using the Electrify M’s snapper over a dedicated camera, but if you want a phone that can take some decent pictures, you could definitely do worse than the Electrify M. Check out the sample shots below to see what the Electrify M is capable of. 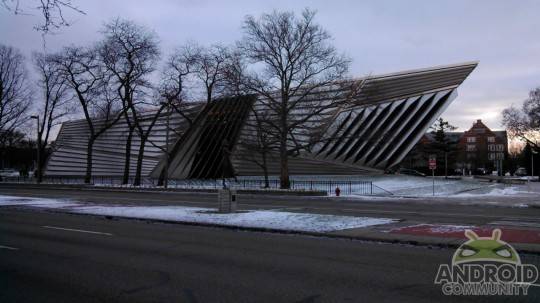 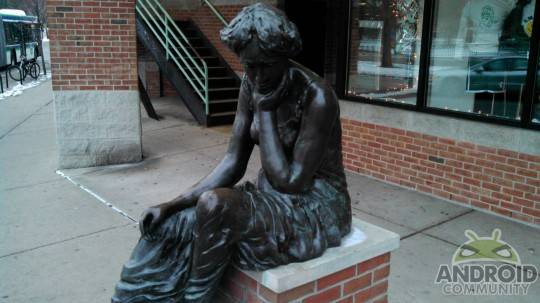 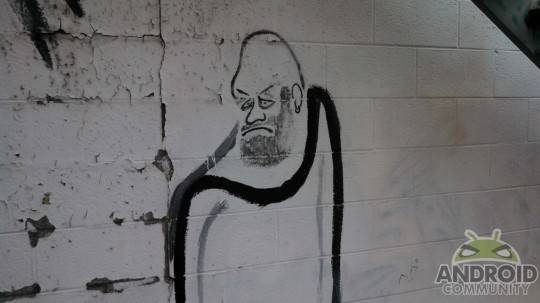 I don’t know what else to do other than point once again to the fact that the Electrify M is the RAZR M, aside from some largely inconsequential cosmetic changes (though I do miss the Kevlar). That isn’t a knock against the Electrify M, as the RAZR M was a solid handset. The Electrify M is just as solid, but since we’ve seen all of this before, I’m finding it hard to get excited about this new handset. 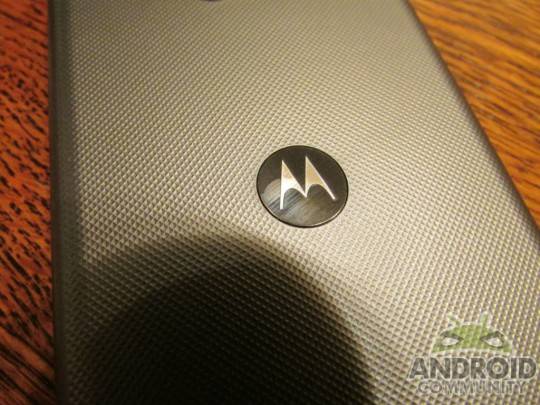 Regardless of that little hang up of mine, the Electrify M is a good choice if you’re looking to get a quality phone without breaking the bank. The Snapdragon S4 is still a nice processor, and the Super AMOLED Advanced display is colorful despite the fact that its resolution leaves something to be desired. At $149, the price US Cellular is asking isn’t too bad at all, but that price tag drops down to just $99 if you happen to live within the carrier’s 4G LTE service area.

If you’re not one to care all that much about having top tier hardware, then I think you’ll be pleased with the Electrify M. I’m a fan of Motorola’s handsets in general, and the Electrify M is just another handset to add to the ever growing list. With that said, I have no problem recommending the Electrify M if you count yourself among the mainstream crowd.