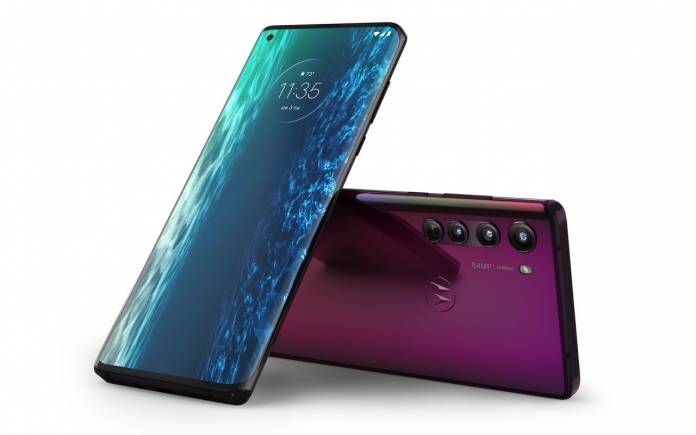 Motorola has finally and officially launched two new Android phones for the mobile consumers. Before the Motorola One Fusion+ and just after the Moto G8 Power Lite, the Lenovo-owned brand introduces the Motorola Edge and the Motorola Edge+. The new flagship duo has been teased several times with the latest information we noted here was the price of the Edge+ variant on Verizon. As promised, the new Moto Edge series is here, ready with 5G connectivity, powerful cameras, long-lasting battery life, and immersive audio.

Motorola is back at offering flagship devices. It hasn’t done so in years. The brand has only released mid-range and budget-friendly devices but it wants to make a big change by releasing the Motorola Edge and Motorola Edge+.

The Motorola Edge+ will be available on Verizon next month as an exclusive offering. It will run on Android 10 out of the box with My UX Moto app and will come with 5G support (Sub-6 and mmWave) plus the 108MP camera as the primary shooter. The Edge Display will also make an impression. The phone comes with a 6.7-inch curved OLED screen. The display is called Endless Edge as it is wrapped 90-degrees around the two sides of the device. The display also offers a 90Hz refresh rate, HDR10+, and FHD+ resolution.

The phone also boasts a 21:9 aspect ratio plus 10-bit and DCI-P3 color space support. The Endless Edge may appear fragile but it’s not. It can even be held with one hand easily. To avoid false triggers, the Android smartphone features a special grip-touch detection.

The Edge Display gets an Edge Display Mode to show notifications. The Edge Touch brings new ways to interact with the design via different gestures like swipe down, twice pulls, and swipe in. Virtual shoulder buttons can even appear when you turn the phone 90-degrees. 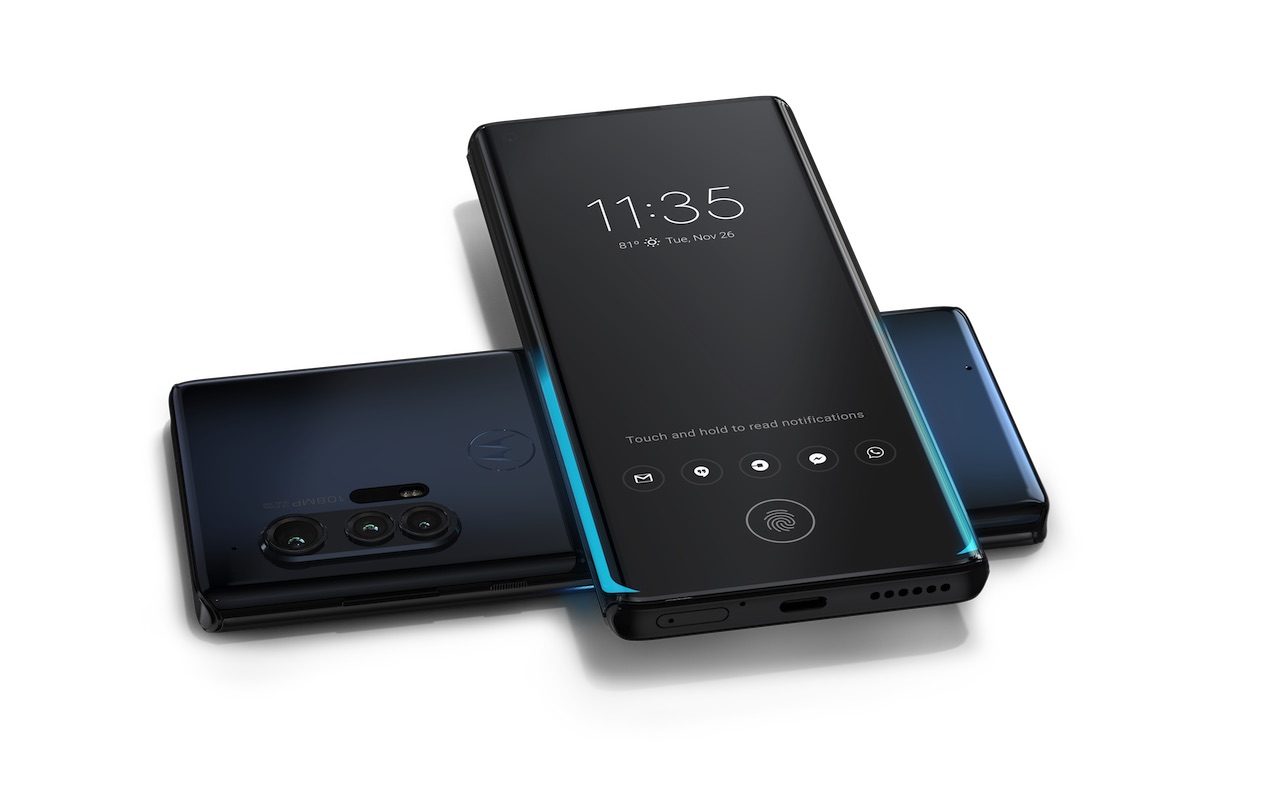 When it comes to the camera department, the Motorola Edge+ can be a winner. It features a 108MP shooter with a 1/1.33-inch sensor. It takes advantage of QuadPixel text to produce 29MP photos. It also uses an optical image stabilization (OIS). Video recording in 6K resolution at 30fps, 60fps Full HD, or 120fps FHD slow-motion is possible with the rear cameras.

A 16MP camera with 117-degree ultra-wide for macro (f/2.2 lens) acts as a secondary shooter. Last but not least is the 8MP with 3x telephoto (f/2.4) with OIS. Motorola also adds faster autofocus and time of flight sensor. The selfie camera is 25 megapixels with support for Night Vision.

Motorola has maintained the 3.5mm headphone jack. The stereo speakers are better compared to those used in older Moto phones. The audio is tuned by Waves. Other features include 256GB UFS 3.0 onboard storage with Turbo Write, 12GB Micron LPDDR5 RAM, and a Qualcomm Snapdragon 865 processor. A large 5000mAh battery is Qi-compatible and is ready for 18W TurboPower wired charging, 15W TurboPower Wireless, and 5W wireless power-sharing.

As for the pricing, the $1,000 price tag we mentioned earlier is true. To be exact, the Motorola Edge+ is $999.99. Verizon will start selling the smartphone on the 14th of May. Choose between Thunder Grey and Smoky Sangria. 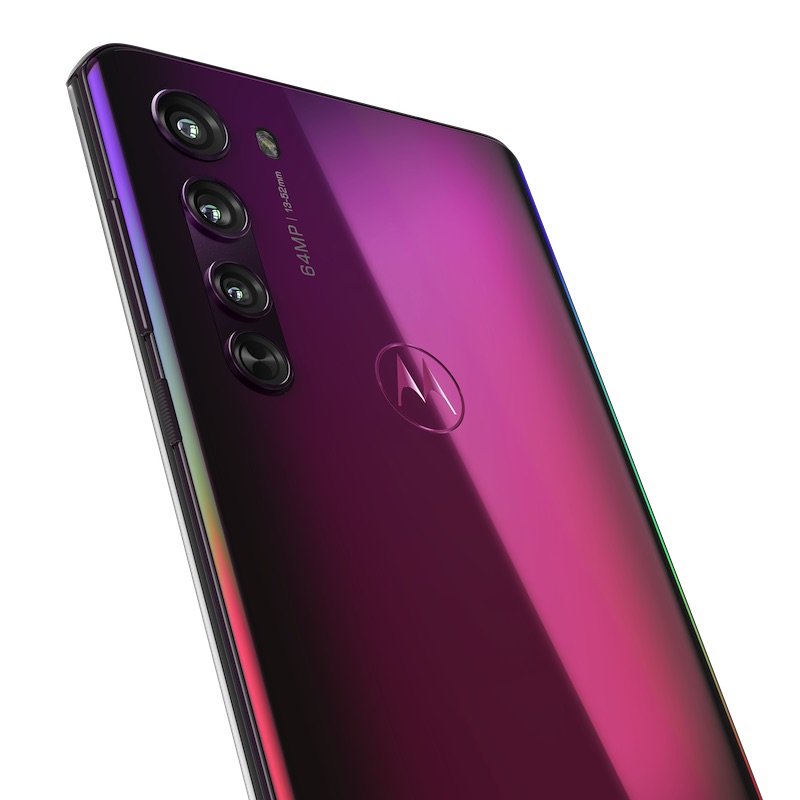 The 4500mAh battery is capable of USB-C 18W TurboPower. Sorry, there is no wireless charging. The cameras of the IP54 water-repellant Motorola Edge can record 60/30fps Full HD or 30fps UHD video. Memory expansion is possible with the microSD card slot. Choose between the Solar Black or Midnight Magenta. No information on pricing yet but market availability will this summer.