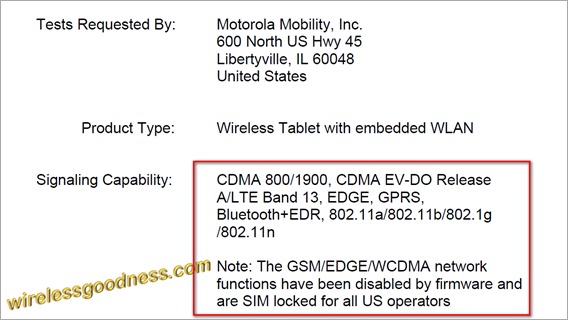 Those new Motorola Xoom 2 tablets headed for Verizon Wireless that have been officially been named the DROID Xyboard apparently have a dirty little secret. These new slates recently cleared the FCC with 4G LTE on board but new details have now confirmed they also have full GSM capabilities too.

Reports from Wireless Goodness have confirmed that the new Motorola Xyboard tablets have not only 4G LTE radios inside, but they also are rocking GSM/WCDMA support. Both the 10.1 and 8.2″ slates have full GSM support that has been disabled by firmware and Verizon Wireless. Having the DROID branding these will be exclusively for Verizon but now we have reason to believe they might eventually land on other carriers such as T-Mobile or AT&T. 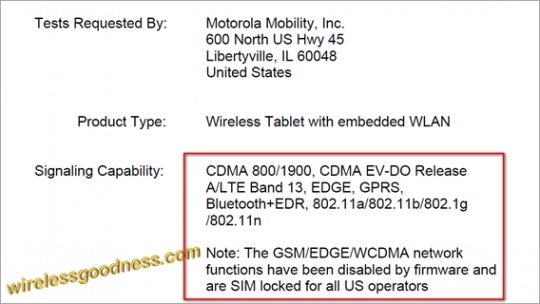 This also brings up the possibility of it being turned on with a firmware update or release, not to mention those awesome hackers and developers at XDA could possibly get these things running too. The image above clearly states they have been disabled by firmware, and are SIM locked and will not support any US carriers. This could also just be the same hardware for international and European models, and we could possibly see users import the new slates from outside the US for use on T-Mobile or AT&T. Either way this is an interesting find and we expect to hear more on these tablets any day now as Verizon has clearly stated they will be released in December.