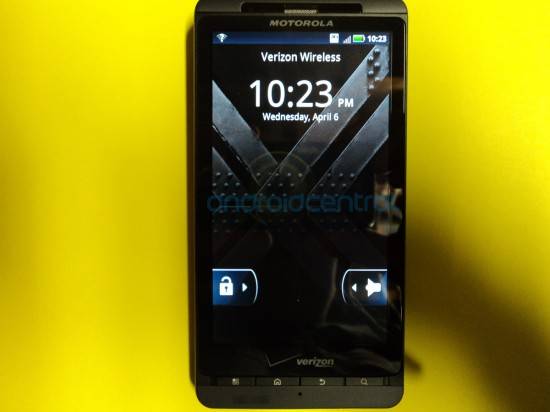 Uh Oh, looks like the guys over at Android Central have scored a few pictures of the upcoming yet-unannounced Motorola Droid X2. It looks basically the same as little brother, or big little brother I should say. Since they are both very similar and basically the same size. The original X has the wisdom because he is older and wiser, but the new Droid X2 has the heart, and that heart is the fast pumping Tegra 2 dual-core CPU inside. That is the tie breaker here.

From looking at the pictures provided the X2 is running on Android 2.2.2 for now, but we are hoping it will ship with Android 2.3. It would also be wise to have the device be a 4G LTE phone. This news all comes fresh off a leak yesterday that confirmed all the specs we have previously heard.

The Droid X was a popular phone, other than that stupid locked bootloader that took forever to figure out. I can only imagine the X2 will do just as well or better with those big boy specs it has coming with it. Just as I mentioned above, it needs some 4G LTE to be able to compete with the Thunderbolt, or is that what the Droid Bionic is for?