There has been countless leaks over the past week surrounding Motorola and their upcoming lineup of phones. We’re halfway into June and they’ve released nothing new this year. However, things are about to change as the Moto X is coming soon, and the DROID ULTRA and MAXX for Verizon are coming too. The latest leaks even show August 8th is the official release date for the new line of DROIDS.

The DROID ULTRA has already leaked in the flesh, and this morning the usual Twitter leaksters are even showing press images of the entire lineup. That being the DROID Mini, DROID ULTRA, and DROID MAXX. So when will will you be able to buy one?

According to multiple leaks found by Android Central, Verizon is planning their usual TV assault of “DROID DOES” commercials for the new handsets. They received a copy of both ads, in paper form, and as you can see from the image the bottom line reads, “Only on Verizon 8-8-13” 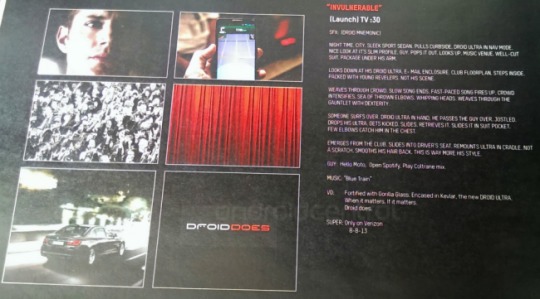 Then of course the DROID MAXX will be like previous devices, and come with a ridiculously huge battery. That ad spot states 48 hours of worry free battery life. “When it matters, it matters” and we even see hints of voice actions and a few other things.

With these showing the devices being released and available to the public on August 8th, we have a feeling an official event and announcement is coming any day now from Verizon Wireless. Stay tuned.