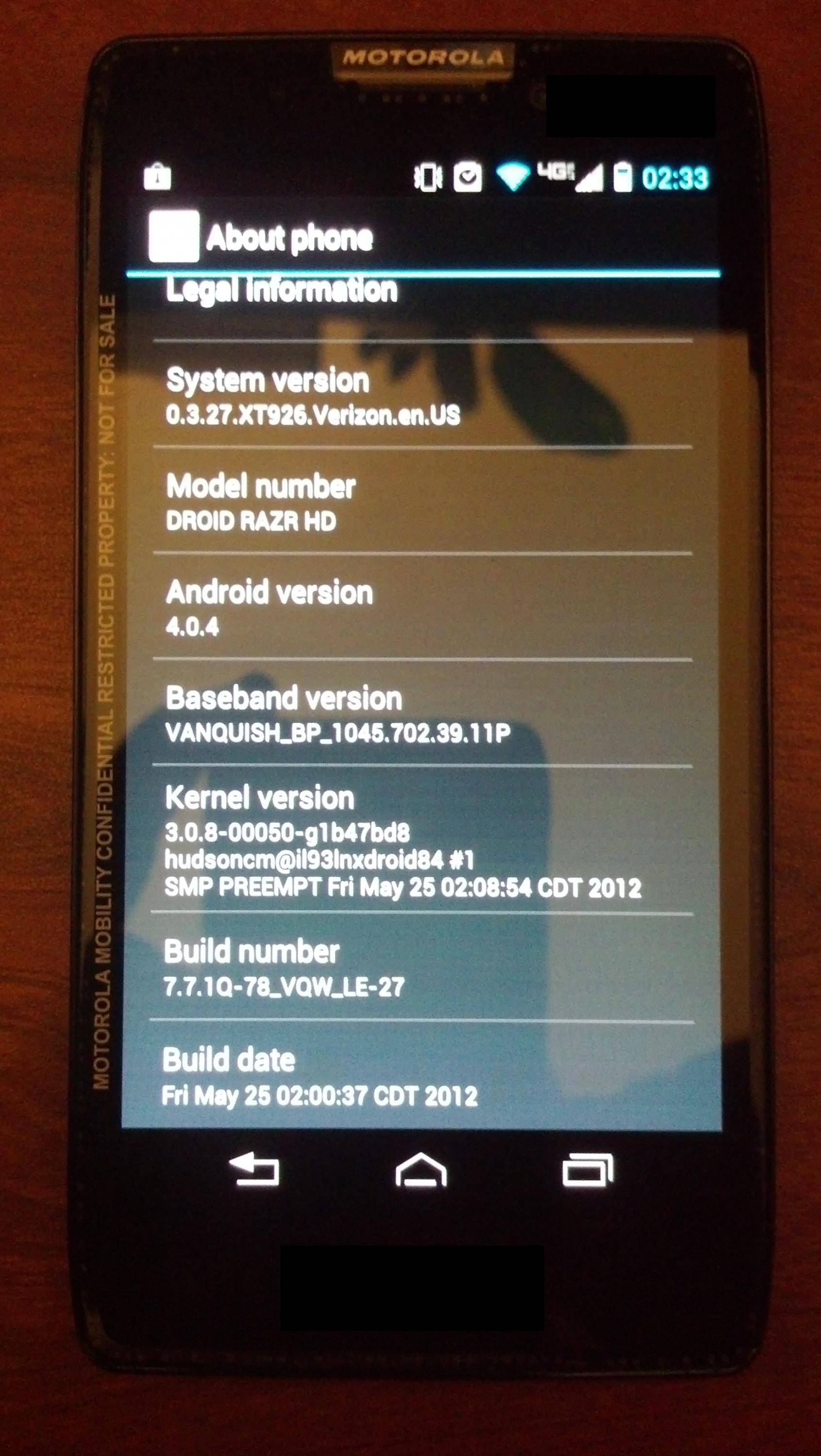 Motorola’s next big flagship smartphone seems to be in the hands of multiple testers at the moment because the leaks are starting to flood in. Just yesterday we got a look at the international Vodafone RAZR HD, but today the Verizon DROID RAZR HD is making its own appearance thanks to Droid Forums. Check it out after the break.

This is the Verizon Motorola DROID RAZR HD. Complete with Android 4.0.4 Ice Cream Sandwich, on-screen navigation buttons to replace the capacitive ones, and hopefully an unlocked bootloader. We’ve seen a few leaks of it already, including FCC filings that confirm a large 2,350 mAh battery on board.

The Kevlar coating for protection on the back matches previous leaks, but looks much different (and better) than the design we saw yesterday. It looks like Motorola is testing a few different designs for their Kevlar protection on their phones. In case you aren’t sold on the Verizon part we clearly see their unique 4G LTE icon on back, not to mention Verizon.US listed in the “system version” on the about me screenshot below.

Being the DROID RAZR HD, we know this will come with a 720p HD display. Most likely it will rock the same Colorboost technology in the impressive Motorola Atrix HD, only be 4.5-inches in size. Verizon and Motorola’s DROID RAZR HD is getting closer and closer to a launch date. As soon as we see more or hear anything official we’ll update. So far we like what we see, as long as they keep their promises about the bootloader.

— Thanks Tim and JJ!