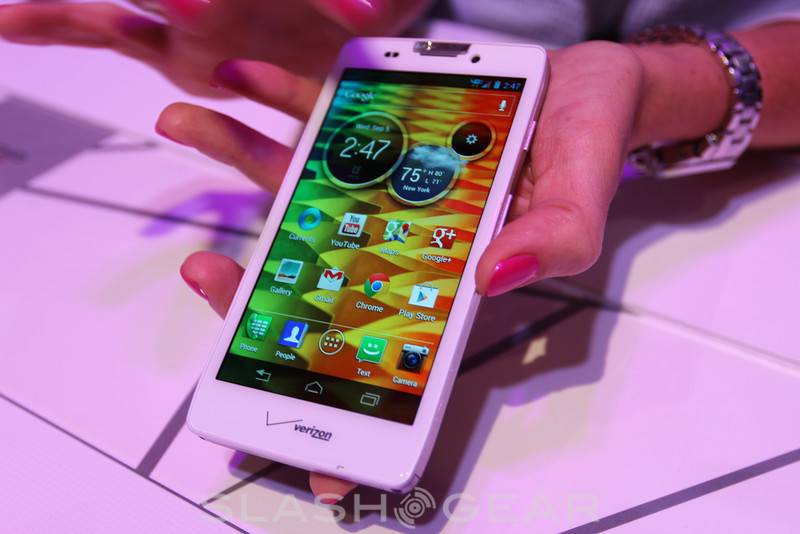 Motorola surprised everyone this morning when they announced not one DROID RAZR HD, but two. Just like the previous generation you’ll also get the RAZR MAXX HD option for those needing truly all day battery life and more. These impressive new 4.7-inch ICS smartphones were announced this morning and we’re taking a quick look on video below.

Yup, today Verizon kicked off the end of summer with three brand new Motorola DROID RAZR smartphones to grace their network. What we’re looking at below is their flagship model in the DROID RAZR HD and RAZR MAXX HD. Both of these smartphones are nearly identical like last years, only one offers a massive 3,300 mAh battery. Before we start with the videos lets take a look at the specs.

This truly shouldn’t be anything new as these phones have been leaked near a half a dozen times the past few months. Motorola didn’t really surprise us with anything and you have a 4.7-inch Super AMOLED HD display (1280 x 720p) with on-screen navigation keys, Android 4.0 Ice Cream Sandwich is on board for the official release although the models we are looking at have Jelly Bean. Motorola promises the update to Android 4.1 is coming soon. 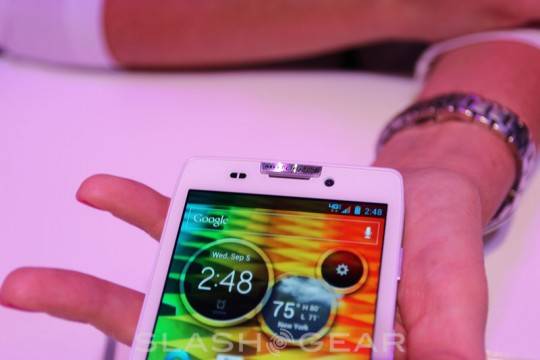 Other specs to round out these phones is the popular 1.5 GHz dual-core Snapdragon S4 processor under the hood, 1GB of RAM, 32GB of internal storage, micro-SD and HDMI support, and of course Verizon 4G LTE. You have 8 megapixel rear shooters for the camera, VGA front for self portraits, and a few large batteries. Motorola chose a happy-medium 2,530 mAh for the regular RAZR HD — which should last you all day with ease. Then 3,300 mAh on the MAXX that gives you over 21 hours of talk time. Enough about specs though lets see these phones in the flesh.

Overall as you can tell the new RAZR lineup is extremely similar in all areas to the original. the Kevlar coating on the back has been slightly redesigned and now covers the entire device. The rounded off edges feel nice but the phone is still rather wide. Personally we like the more industrial design choice Motorola took with the new RAZR HD and find it quite pleasing to use and hold. Android 4.1 Jelly Bean while not final seems to be running quite amazing here so far.

With the RAZR HD being extremely thin still at 8.3mm and the RAZR MAXX only adding a millimeter or so to that these devices are super thin and lightweight while still remaining strong and durable thanks to the Kevlar. So far we like what Googlrola has done and hope for more good stuff to follow. These devices will ship later this year although no exact details were given, and they should be running Android 4.0 Ice Cream Sandwich out of the box.

Thoughts on the all new Motorola DROID RAZR line?