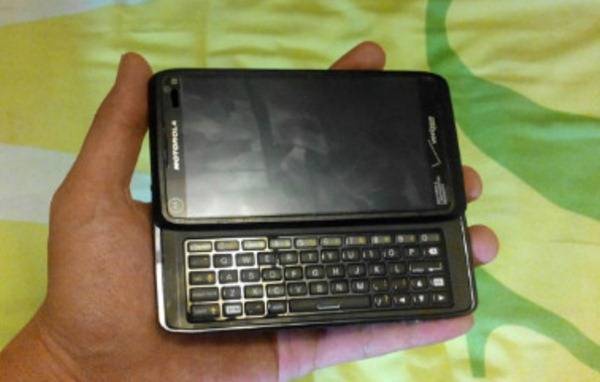 There isn’t much talk about devices with hardware keyboards these days, however it looks like Motorola has one in the works. If the details that have come along with these leaked images are accurate — it looks like we are getting another look at what will become the Motorola DROID 5. While we always try to be a bit skeptical with leaked images, we can say that this round of images does match up with the batch that leaked back in August.

Anyway, this latest leak is coming out of China. The images were discovered on the weibo.com website and are offering a look at the handset with the keyboard in and the keyboard out — as well as a few of the handset sitting side-by-side with the Photon Q. The images offer a decent look at the device, as well as the five-row hardware QWERTY keyboard. There is even an image of the DROID 5 and Photon Q keyboards sitting side-by-side. 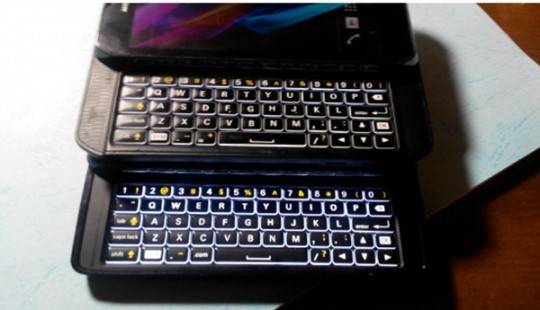 Aside from the few images, there was some talk of specs. Though, with that in mind — we don’t think these are going to overwhelm anyone. In fact, they seem to be more if a step up as compared to the DROID 4. And to that point, the display will likely be familiar to those who are using or have checked out the DROID Mini. Rumor has it that the DROID 5 will be sporting a 4.3-inch 720p display with a ppi of 342.

Other still rumored specs include a dual-core Snapdragon S4 Plus (MSM8960) processor with 1GB of RAM and Adreno 225 graphics. The handset is also expected to arrive with 16GB of internal storage, a microSD card slot and NFC. And assuming these images hold true — it looks like the DROID 5 will also have support for wireless charging.

Finally, looking at the DROID 4 in comparison and we see a device with a 4.3-inch display with a resolution of 960 x 540. Other specs of the DROID 4 include a dual-core 1.2GHz processor with 1GB of RAM and 16GB of internal storage. Basically, from what we are seeing thus far it is looking like the DROID 5 will a minor spec bump from the DROID 4.