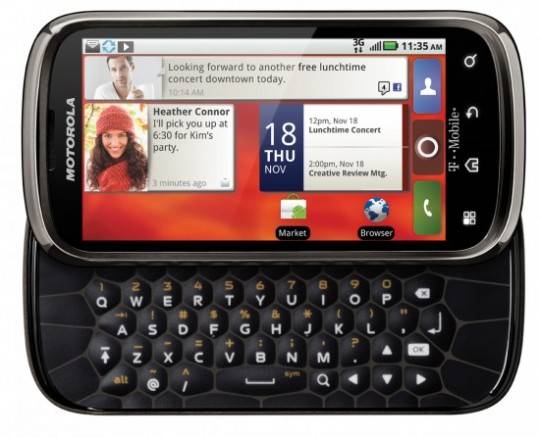 Good news folks, the 5 people that still own the Motorola Cliq 2 on T-Mobile are finally getting an update for the aging handset. Apparently Motorola and T-Mobile have decided the phone deserves an update and are finally delivering the social phone Android 2.3 Gingerbread. Only this won’t come over the air and users will have to manually install the update.

The CLIQ 2 was released in January of last year and was showing its age back then, and in today’s technology world is quite dated. We heard the update was coming back in February but was apparently delayed an additional 2 months because it’s finally available this week for those interested. Who’s excited?

If you’re still rocking the Cliq 2 after almost a year and a half, you’ll be happy to know that you can download Motorola’s update software for Windows (only Windows at the moment) and update the Cliq to Gingerbread should you choose. Hey, the phone will have a better connection, and battery life and browser performance should be much improved with the new update. If you still have the Cliq 2 you’ll want to check out this update soon, or possibly upgrade to the new HTC One S because it’s awesome.