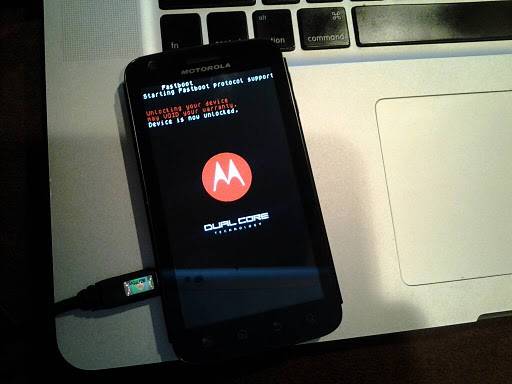 Owners of the Motorola Atrix have been waiting for months now to get a port of CyanogenMod running on their fancy little Tegra 2’s, and that day is almost here. A talented team of devs has successfully ported the beloved ROM onto America’s first dual-core smartphone, and while it’s still not ready for beta even, there is a “pre-beta” build available for the braver among you to flash and test out. The bacon is almost ready, and those of us who snuck a strip early can tell you, its going to be worth the wait.

It’s been several months since the Atrix was released, and we already have rumors that a sequel is on the way. After fighting for the better part of those months for an unlocked bootloader that was finally achieved last month, devs weren’t about to give up. The Atrix Dev Team (see their github!) has been working on the port for a few weeks now, but just released their first public build yesterday under a “pre-beta” title. The build has its bugs for sure, but it shows a lot of promise and looks pretty close to being ready for nightlies.

The stock Android look suits the Atrix beautifully, even with the few oddities left over as a relic of the Atrix’s qHD resolution. There was also a significant performance bump, jumping up from Quadrant scores in the low 2000s with the stock AT&T/Motorola ROM, to around 3500 with the pre-beta build. I’ve seen no real lag in my initial impressions, and I expect things to only improve as the team makes more progress.

Given its current state there are plenty of bugs to be worked out though. GPS and the camera are the most obvious issues, but testers are helping report new bugs to the developers as they’re found. The build is probably not quite ready for everyday use, but it shouldn’t be too much longer until it is. Make sure you only flash this if you know what you’re doing, and as always backup first, and realize you’re taking full responsibility for your actions and any effects they have on your phone. With these warnings in mind, and a backup of your old ROM to revert to (use romracer’s CWM, with working nandroid), give it a look. Freedom is sweet.