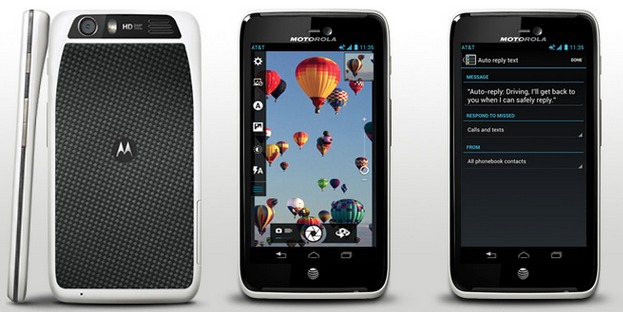 It looks like Motorola made a quick little mistake yesterday by launching the landing page on Motorola.com for their brand new unannounced Atrix HD. Neither Motorola or AT&T have announced the phone yet, but now we have all the official details on this 4G LTE device headed to AT&T.

Previously leaked as the Motorola Atrix 3, it’s basically confirmed to be called the Atrix HD, and we can expect a formal announcement soon given the recent mistake. According to Droid-Life and Motorola’s own site the Atrix HD sports a 4.5″ HD LCD display, AT&T 4G LTE, has a 1.5 GHz dual-core processor, 1GB of RAM, 8 megapixel camera, 1780 mAh battery and is 8.4mm thick.

It’s safe to say this looks like a fine blend between the DROID RAZR and the last Atrix, and we could even see an Atrix MAXX HD coming later with a larger battery. Why they’ve do away with the bigger battery is beyond me at this point. Just like the previously leaked renders this confirms the on-screen ICS navigation keys similar to the Galaxy Nexus. Hopefully the Google Motorola buyout is having a positive change on the company. Once we hear more info or get an official announcement we’ll update with all the details.