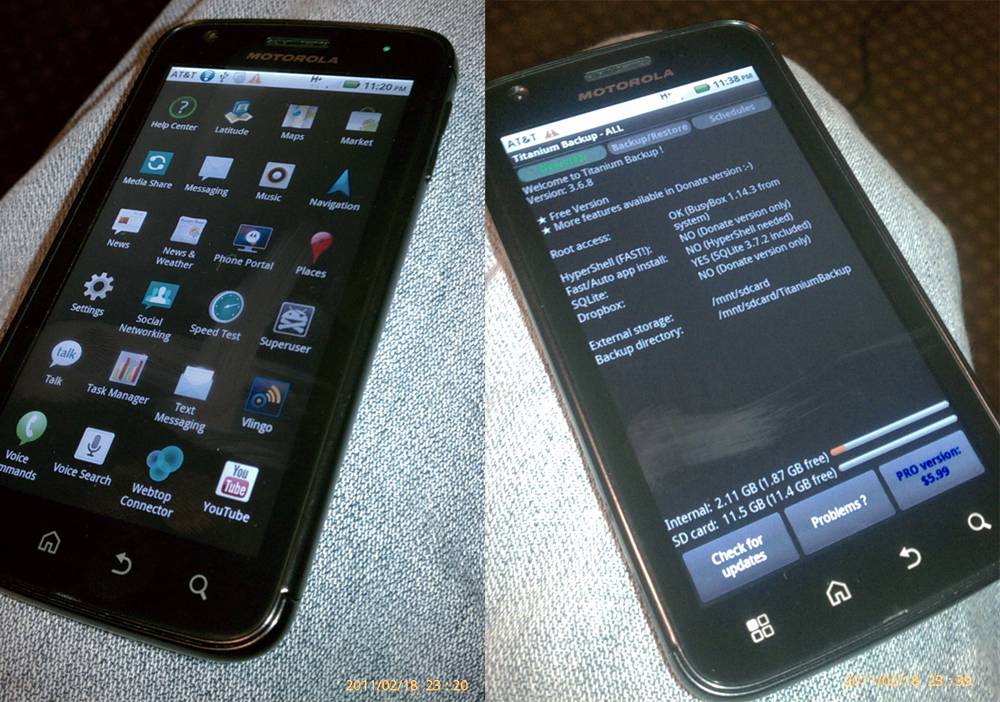 The full system dump was only the start of things; Motorola’s ATRIX 4G isn’t on shelves yet, but the smartphone has apparently already been rooted. The handiwork of developer DesignGears, the full instructions – like the AT&T smartphone itself – haven’t been released yet, but it should come as a relief to those concerned Motorola’s policy toward locking down root access on its Android phones.

That policy has seen some Motorola devices take longer to be hacked and modified for custom ROMs than Android phones from rivals like HTC, frustrating owners used to being able to tweak their handsets and coax out new functionality. Given that the ATRIX 4G also offers support for the innovative Laptop Dock accessory, and runs a new Tegra 2 processor, the potential for hacking and modding the phone is perhaps even greater.