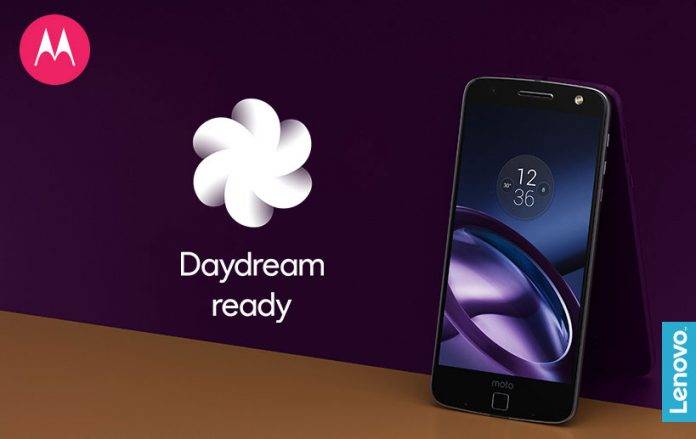 The next Android devices getting Daydream View support are two from Motorola. The Moto Z and Moto Z Force, two phones that recently received the Android 7.0 Nougat software update, are now Daydream-ready. That’s somewhat expected since Daydream is included in the chunky Nougat software. Motorola released the notification only yesterday so if you own a Moto Z or Z Force, feel free to check if your unit is eligible for the software.

Android 7.0 Nougat can turn the Moto Z Force or Moto Z into a virtual reality headset. Google’s very own mobile VR platform makes the two Moto phones as the first non-Google-manufactured devices to be Daydream-ready. Phones need to be certified and recognized for the platform. Since this VR experience requires high-res displays, we can say that only some mid-range to premium phones can be approved for virtual reality.

We also know the Samsung Galaxy S7 Edge can also support Daydream VR via a software update. Other OEMs are expected to follow suit. Feel free to check out the Daydream app and see for yourself. That is, if you have a compatible and Daydream-ready phone.

Google’s VR platform works best with phones with high-resolution screens, high-fidelity sensors, and ultra-smooth graphics according to Motorola–just like the Moto Z and Moto Z Force. With Daydream, you can experience a number of new things including those you never imagined you would be able to. With the help of Daydream View, you can experience the virtual realm in a whole new way.

The Daydream View VR headset is available on the Google Store, Best Buy, and Verizon in the US. Item is also available in other key markets from select retail stores.