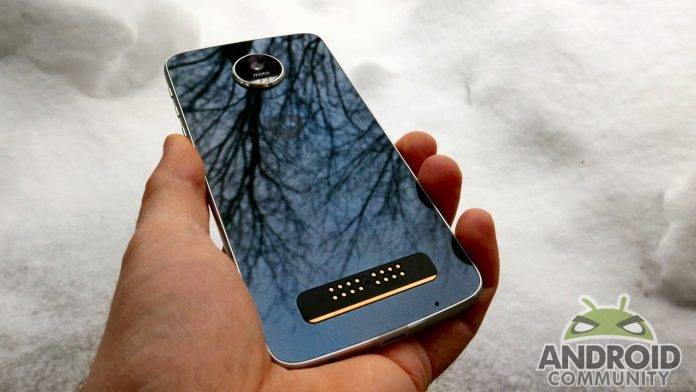 Chances are you’ve already heard about the Moto Z and its more affordable Moto Z Play sibling because of the hype over ‘Moto Mods,’ the modular accessories that are the pair’s primary point of appeal. Unlike the LG G5’s less-successful implementation of a similar modular concept, Moto has smoothed out the experience considerably and created a much simpler, and more appealing way to add extra functionality and practicality to your device.

Beyond that, however, the Moto Z and the Z Play also happen to be pretty damn good phones in their own right, which means even if you aren’t interested in adding a Moto Mod to the equation, you’re still likely to be happy with your purchase. Chances are Moto Z buyers who aren’t the least bit curious about Mods are few and far between, but it’s a worth noting that Lenovo (the brains behind the current line of Moto phones) didn’t just focus on modularity when putting together either of these models.

Let’s get the mods out of the way first. Currently you can add gear such as the Incipio Off-Grid Power Pack (2200 mAh), the JBL SoundBoost Speaker, the Moto Insta-Share Projector, and the Hasselblad True Zoom camera attachment to both the Z and the Z Play. You can also add ‘Style Mods’ in case you want to increase your phone’s bulk without any practical benefit. Each Mod attaches quickly and securely to the rear of each phone using powerful magnets and gold contact points, and most are ready to go immediately (or launch as soon as you activate them via their external power button). Unlike the G5, you don’t have to remove the battery to get things rolling, either, with the simple snap-on, pull-off system allowing for uninterrupted phone use no matter what Mod you’ve selected. 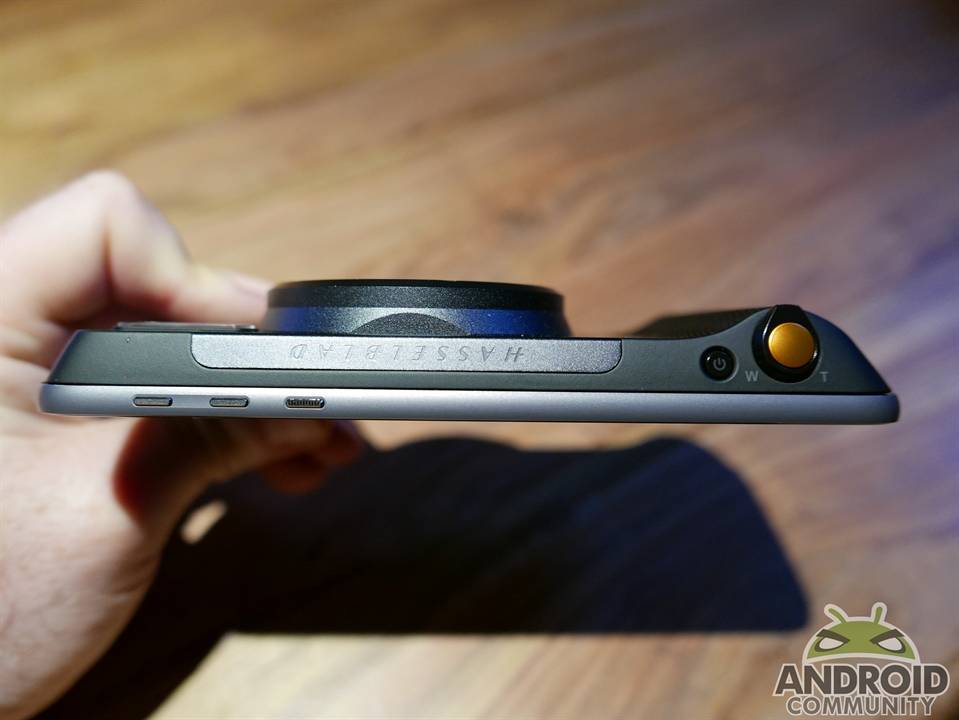 The system works very well. I’ve reviewed the Hasselblad True Zoom and Insta-Share Projector separately, as they represent two of the most involved and unique Mods currently available, but I have also used the Incipio power pack extensively (an excellent accessory, especially when traveling), and played around with the JBL SoundBoost Speaker (not worth your time – stream via Bluetooth to something more powerful, instead). What’s most encouraging is that Moto has been actively working with partners to expand the list of available Mods, with a new ‘Vehicle Dock’ joining the family this winter from Incipio, for example. Again, this is a contrast when compared to the LG G5’s stagnant modular options. 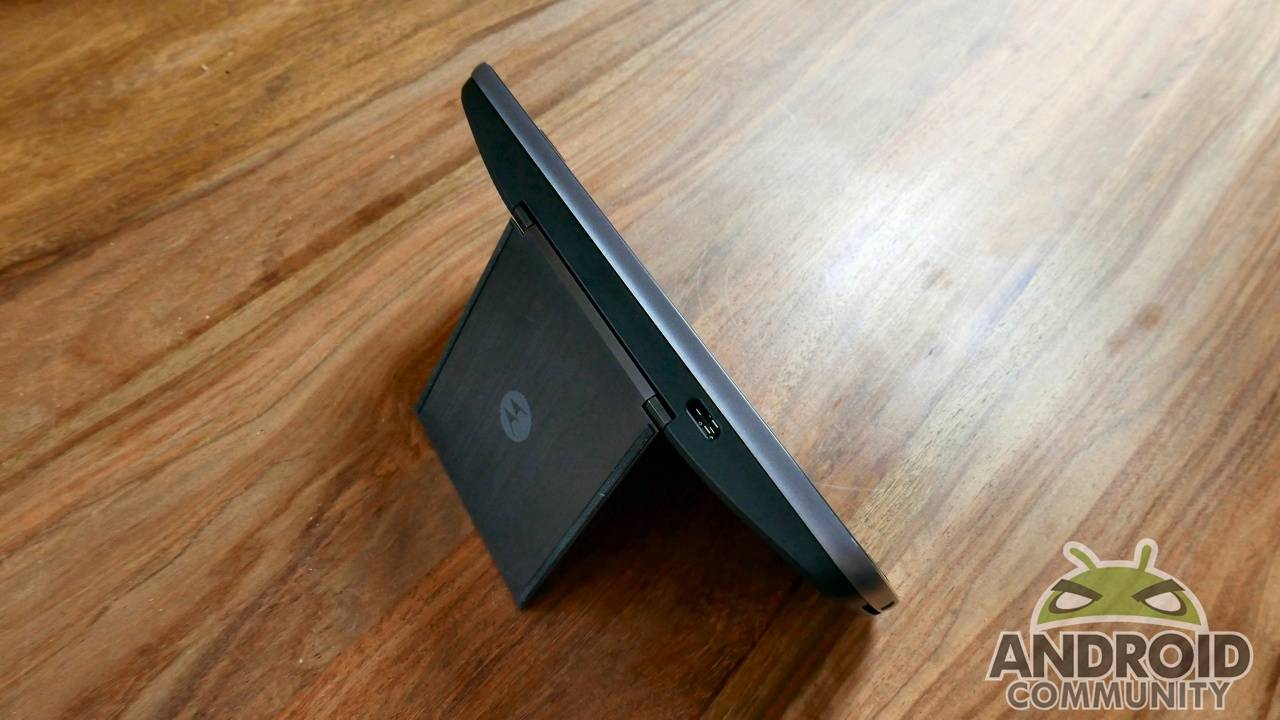 Moving past the Mods, there’s a lot to like about the Moto Z right out of the box. For starters, it’s the thinnest Android phone money can buy, with an asterisk of course: its 5.19 mm profile is bulked up by a camera lens bump at the top, which makes it impossible to lay the device fully flat. It doesn’t impact functionality in the slightest, although it did have me concerned that I’d scratch or chip the camera if I was careless. 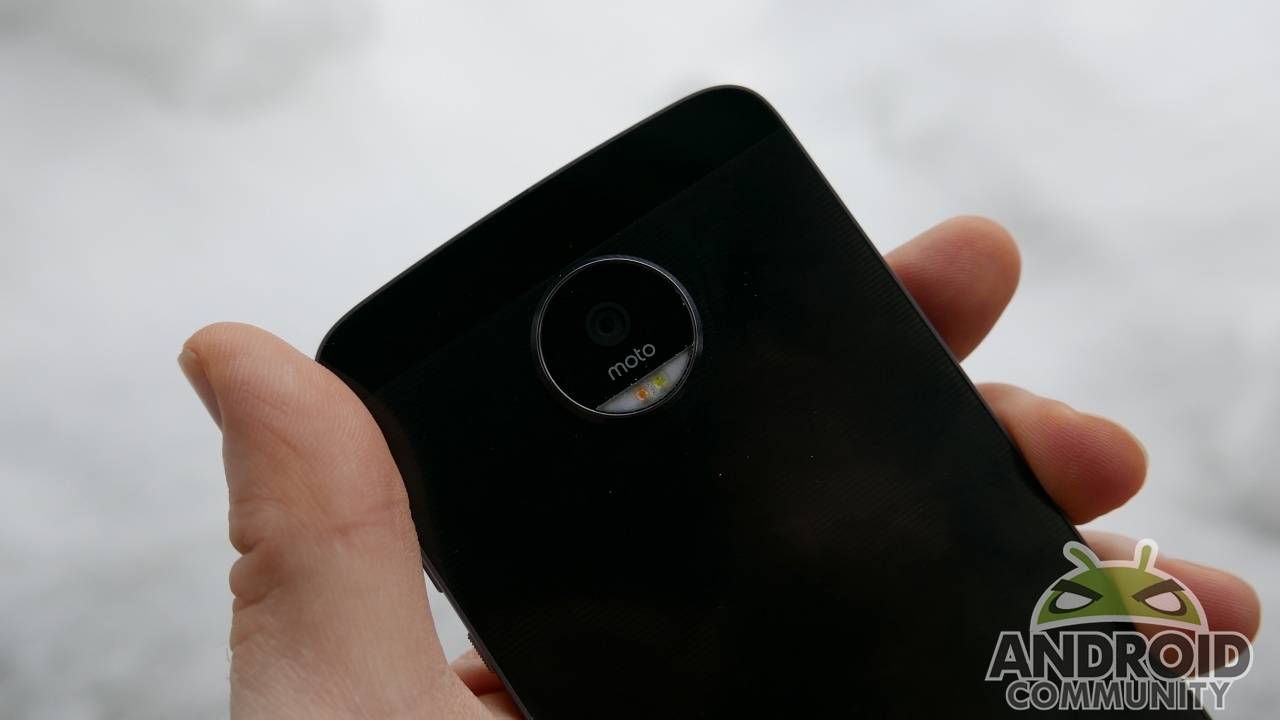 In your hands the thin phone feels good, but it’s not merely a style or ergonomics issue at play. The Moto Z’s waifish waist makes it that much easier to snap Mods onto the back without over-bulking the user experience. Unfortunately, it also means a more modest battery than what you might expect from a flagship phone: 2,600 mAh, which yields a few hours less life than the similarly-spec’d Samsung Galaxy S7 when run hard for video or constant use. Still, it’s a usable amount of charge that should get you through the day without having to seek out a wall plug. Not only that, but the bundled 15w TurboPower charger is a pro at providing you with more than 50 percent battery in 30 minutes or less. 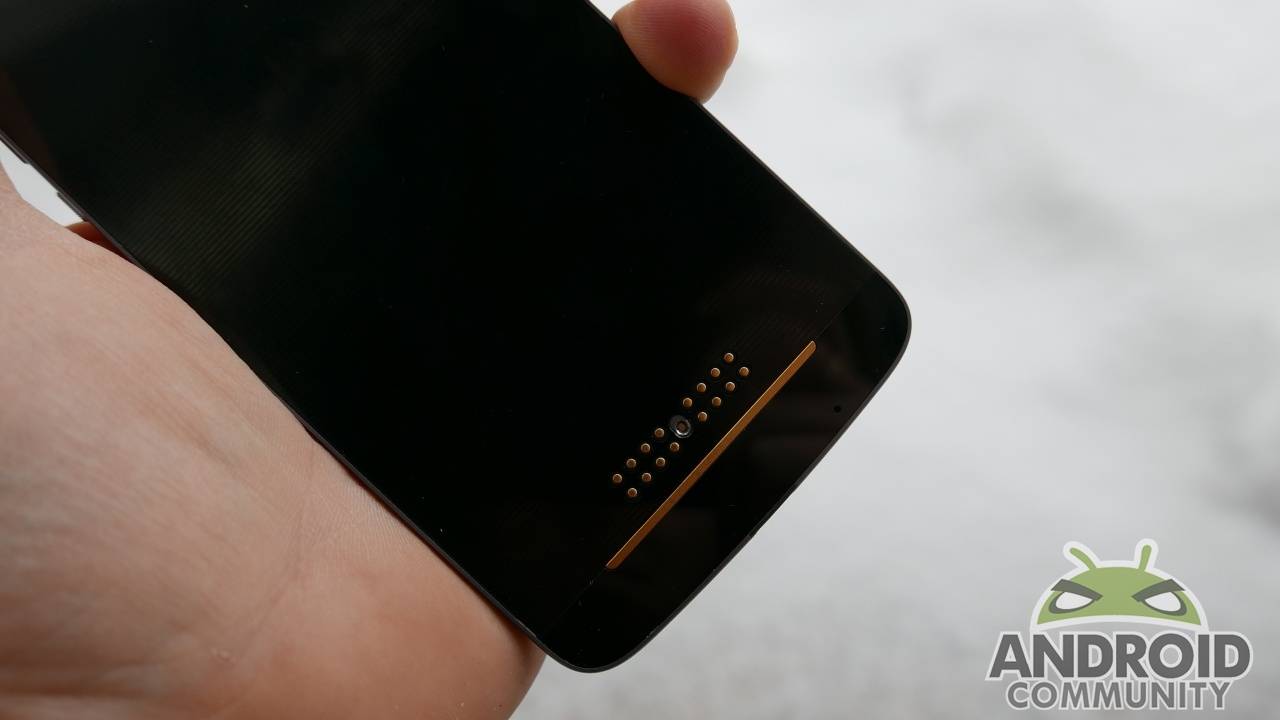 Under the hood the Moto Z brandishes a 2.2 GHz quad-core Snapdragon 820 processor, 4 GB of RAM, and your choice of 32 GB or 64 GB of storage (with the option to expand up to 2 TB using an SD card). If you still believe in benchmarks, then you’ll discover that the Z can run with the big dogs at its price point when it comes to performance. In actual use, I never saw the phone stumbled, force a reboot, or exhibit any strange behavior even when running a heavy app load.

The screen offers 5.5-inches of AMOLED goodness, with a resolution of 2560×1440, and there’s also a 13MP (f/1.8 aperture) rear camera with laser autofocus and 5MP front camera (each with its own flash) to play with. Missing from the party is a 3.5mm audio jack, which has been replaced by an awkward, dangly USB-C adapter for those of us who still prefer wired headphones.

Software-wise you’re looking at Android 6.0.1 Marshmallow at shipping, but the Nougat update has already been announced and is currently rolling out at the time this review was being written. There’s very little bloatware to deal with on the Moto Z, and the device features gesture control for camera access (a twist of the wrist brings up the required point-and-shoot functionality) and the flashlight (chop-chop twice). You can also wave your hand over the screen to see the time and notifications displayed for a few seconds without having to actually touch the device, which is honestly quite handy. A front-mounted fingerprint reader rounds out the list of ease-of-use features.

Curious about Moto Mods, but don’t want to shell out the roughly $600 USD ($900 CAD) for the Moto Z? Consider the more affordable Moto Z Play, which retails for $150 USD less ($250 CAD less). The Z Play is also one of those rare instances where stepping back from the flagship model actually nets you some pretty sweet benefits.

Chiefly among them is a much bigger battery. The 3,500 mAh power pack offered inside the Z Play is made possible by the phone’s considerably less-svelte profile, which measures almost 2 mm thicker than the Moto Z. As a result the phone feels more substantial in your hand, and its silver metal frame is more prominent than the thinner, grayish-borders of the Z. There’s the same camera bulge on the back, however, and a more noticeable set of pins for connecting Moto Mods (which themselves stick out that much more as a result of the chunkier phone). 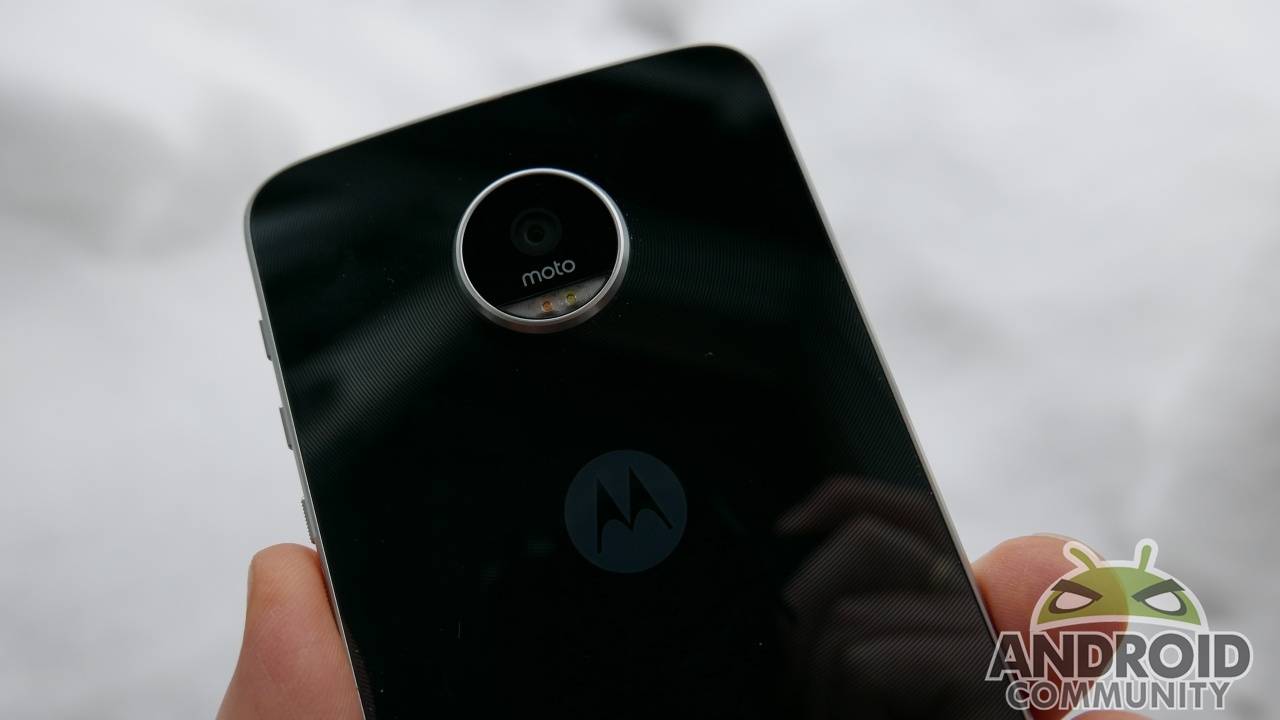 That battery, though. You’re looking at 50 hours of advertised stand-by, combined with much longer heavy use compared to the Moto Z are a product of the Z Play’s bigger tank and more modest processor. The mid-range Snapdragon 625 CPU (paired with 3 GB of RAM) doesn’t drain the phone’s reserves nearly as quickly as the 820, which means slower gaming but more of everything else. It’s a trade-off, really, for a phone that also swaps in a 3.5 mm audio jack (again, due to the thicker body), a 16 MP camera that has a f/2.0 aperture rating that is less generous in low light situations (with no optical image stabilization), and a screen that maxes out at 1080p. 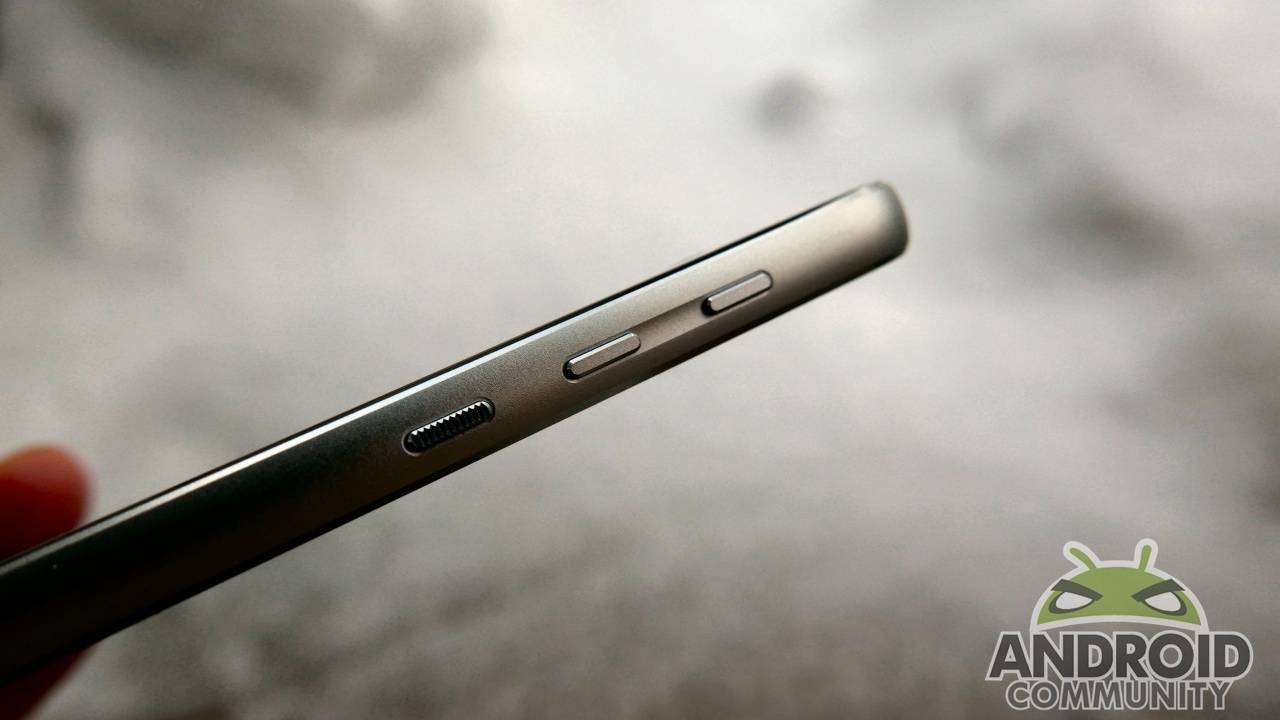 If you’ve shopped around, then you know that the Moto Z Play, while cheaper than the Z, isn’t the best deal if cost is an important factor. The Motorola G4 Plus and the OnePlus 3 each provide fancier specs for considerably less money. What they don’t have, however, is access to the Moto Mod family, so it’s likely that your decision will hinge on whether you’re looking for the least expensive entry point into that world. 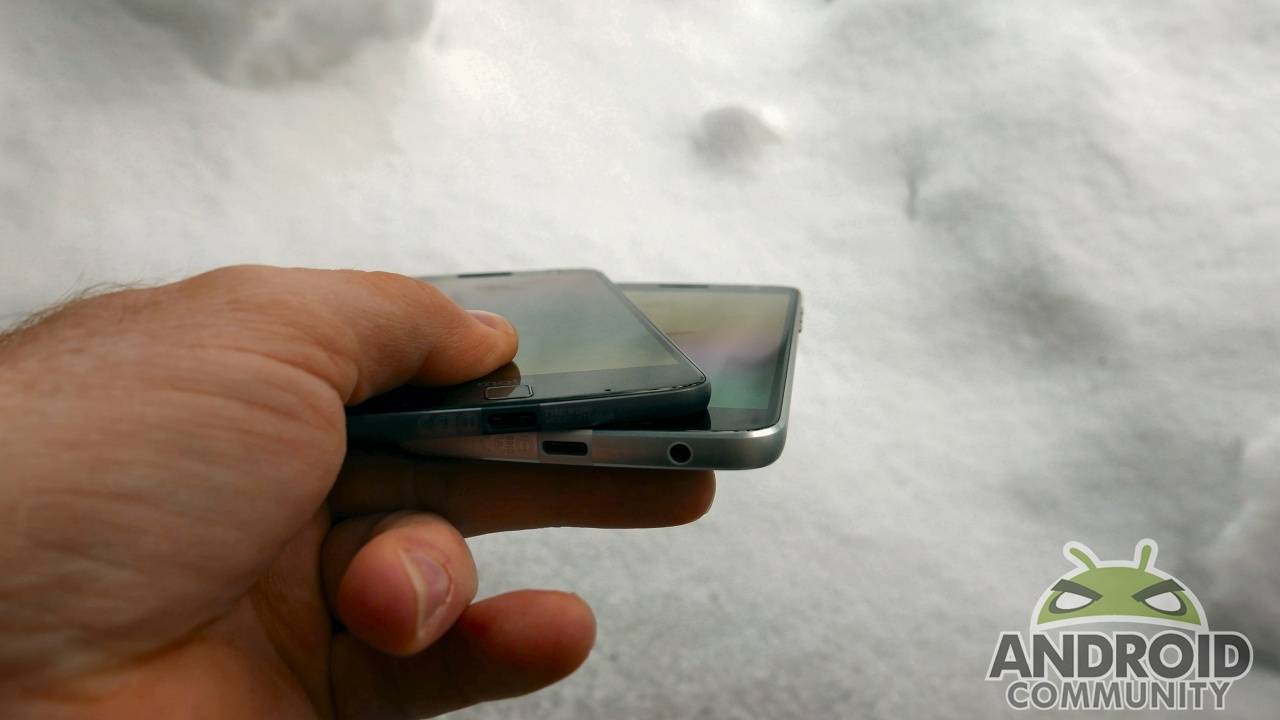 The Moto Z flagship is another story, as it has the horsepower, the style, and the pricing to hang with the big boys on the block. Throw in the Moto Mods and you’ve got a competitive phone that also has access to a still-developing spectrum of fun and useful accessories, gear that Lenovo has pledged will remain compatible with the next generation Moto Z as well. If you plan on keeping your phone for the next few years, and are intrigued by the promise of Moto Mods, the Z is definitely worth a hard look. Even if the Mods aren’t your thing, this incredibly thin phone might be the right fit for your ultra-mobile lifestyle.