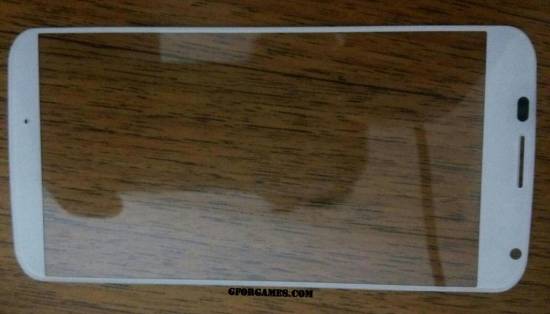 The details on Google and Motorola‘s Moto X smartphone are still a bit of a mystery. While the information continues to leak out, we’re still left wondering exactly what the internal specs are, and what exactly Google has planned. However, this week we learned a lot from Motorola’s own sign up page, and the leaked rear custom color plates.

We know the Moto X will be highly customizable. Rumors with that detail have been seen for months. Motorola confirmed their “Made in the USA” completely customizable smartphone will be available soon, but we’re still left wondering when. This week we learned they’ll offer custom engravings, up to 16 different pastel colored rear panels covering the battery, and special color trim options as well.

However, now today another round of leaks is giving us a look at the front fascia of the Moto X. We’re seeing it in both white and black, with and without the Motorola logo. Likely the Moto logo we’ve been seeing is only for internal testing, and the front will be absent of any logo as we see in the image above.

The jury is still out on the final specs, but latest details that have followed these leaked images states a 1.7 GHz dual-core Snapdragon S4 Pro. As a reminder that’s a slightly faster Galaxy S III. So still a powerful and speedy device, just not top-tier. Moto X should have a 4.7-inch HD display, and it appears that Google and Motorola are going for the mass market with this well rounded smartphone.

We should be learning more soon, and we’ll keep our eyes peeled for additional leaks and information. Latest reports suggest a July 11th reveal.