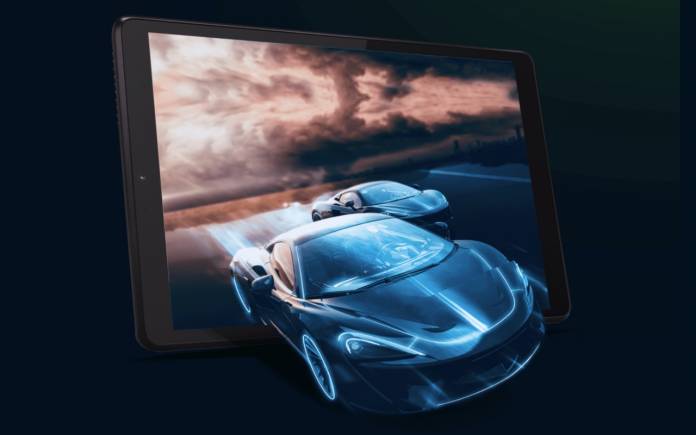 Motorola continues to be a relevant and prolific device maker as it introduces new smartphones left and right. After the Motorola Edge 2021 and the Moto G50 5G, here is another one: the Moto Tab G20. It’s not a new smartphone but a new Android tablet with a decent display and processor. It comes with an 8-inch LCD screen with HD+ resolution and is powered by a Helio P22T processor. A 5100mAh battery gives the tablet a long battery life.

Come to think about it, the specs are almost similar to the Lenovo Tab M8 Android tablet. They look almost the same too which doesn’t come as a surprise because Lenovo now owns Motorola.

The Moto Tab G20 features only 32GB onboard storage and 3GB RAM but it has a microSD card slot. This means memory expansion is possible. The tablet runs on Android 11. For the parents’ peace of mind, a Kids Space mode can be enabled.

When it comes to the imaging department, there is a 5MP primary shoot plus a 2MP selfie camera. Audio experience is enhanced by Dolby Atmos tech from a single speaker at the bottom. There remains a headphone jack. Charging is done at 10W speeds over USBC-C.

You can only get the Platinum Grey Moto Tab G20. Price is INR 10,999 which is about $148. The tablet will be released in India beginning tomorrow, October 2.