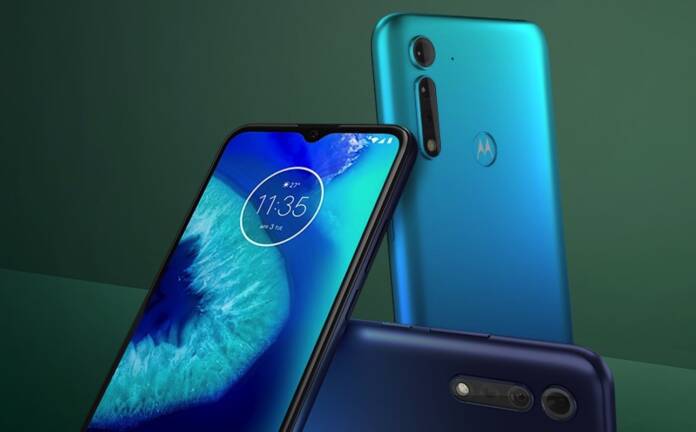 Motorola isn’t done rolling out new phones yet. After the Moto G Power, Moto G Stylus, and the Moto E6S, here is a new budget-friendly device: the Moto G8 Power Lite. This one may be another affordable phone but it’s powerful with its large 5000 mAh battery just like the Moto G Power. You can say it’s a souped down version of the latter but is even cheaper than $299. The new Motorola Android smartphone is ready to give the mobile consumer a long battery life whether for gaming, music streaming, watching movies, or web browsing.

Apart from the powerful battery, the Moto G8 Power Lite has a powerful camera system. Well, it can’t be compared with the current premium flagship phones from major OEMs like Samsung or Huawei but the results are decent enough. The triple rear camera setup allows impressive close-up shots with the Macro Vision camera, beautiful portraits with a depth camera, and sharper photos with the 16MP rapid focus main shooter.

The phone comes equipped with a 6.5-inch Max Vision display. It’s the same one used on the Moto E6S. It’s also powered by 4GB of RAM and an octa-core processor. The 64GB built-in memory may not be enough but a microSD card slot allows for storage expansion up to 256GB max.

As with most Moto phones, the Moto G8 Power Lite features the exclusive Moto Experiences. The phone is water-repellent so you don’t have to worry about water splashes or using it near the beach or the pool.

Motorola will launch the smartphone in Mexico first. In Germany, it will be sold soon for only 169€ EUR which is about $190. Other key markets in Asia, Australia, Europe, and Latin America will also receive the Moto G8 Power Lite.