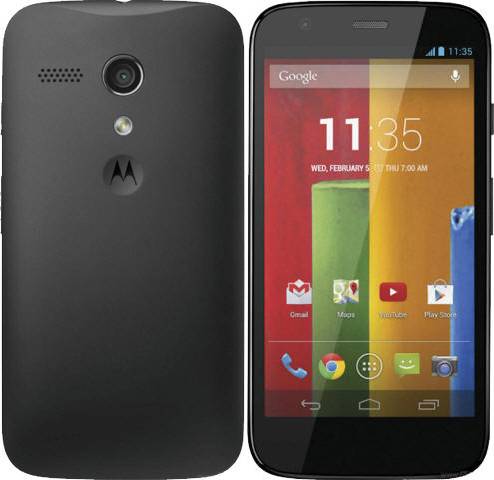 Motorola officially announced the Moto G earlier this morning. While there wasn’t much in the way of surprises given all the earlier leaks and rumors, the confirmation is welcomed. Perhaps more important though, Motorola is now offering two options to consider — the Moto G and/or the Moto X. As usual, any purchase decision will come down to individual preferences, however we can break down the specs of each device.

Beginning first with the Moto G and we see things kicking off with Android 4.3, a 4.5-inch display and Qualcomm Snapdragon 400 processor. Specifically, the display will be 1280 x 720 (at 329 ppi) and the processor will clock in as a quad-core 1.2GHz. In comparison, the Moto X has a 4.7-inch 720p display and Motorola X8 Mobile Computing System.

The X8 is touted as being a software optimized Snapdragon S4 Pro with Adreno 320 graphics. Given the perks that come along with the X8 setup, we say the Moto X has the advantage here. Otherwise, in terms of Android 4.4 Kit Kat, both the Moto X and Moto G will be getting an update within a few months time. Or more specific, Motorola said the Moto X update was coming in weeks and the Moto G update will be coming in January.

Neither handset has a microSD card slot, and they both offer two different options for internal storage. The Moto G has 8GB and 16GB and the Moto X has 16GB and 32GB. One perk for Moto G users is the 50GB of free Google Drive storage. Motorola touts the Moto G battery as being “all day” however the specifics have it as a 2070 mAh. The battery on the Moto X is 2200 mAh. As we often see though, battery life comes down to individual usage patterns more than anything. 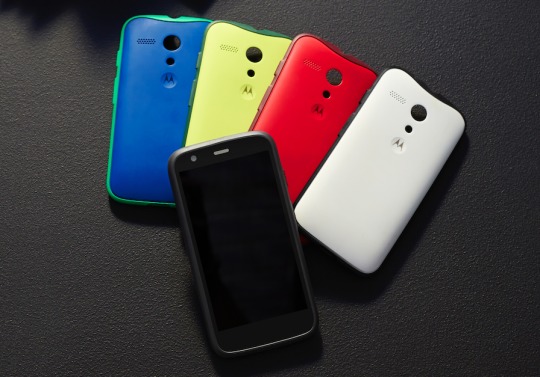 Anyway, while the hardware here clearly goes to the Moto X, the Moto G does have something to battle that — the pricing. Many were excited when the Moto X dropped to $99.99 on a two-year agreement recently, which just goes to prove the obvious, it is not always about getting a top of the line device — quite often the purchase decision comes down to getting the most for the money you are able to spend. 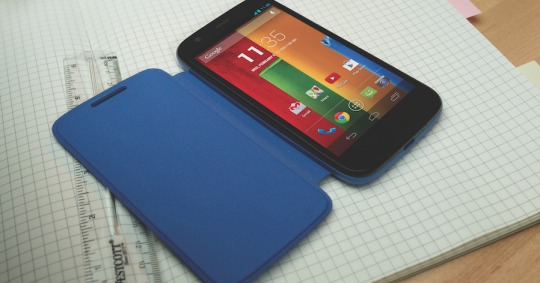 For that, the Moto G may stand out. The handset will be priced at $179 for the 8GB model and at $199 for the 16GB model. Taking the 16GB model (as that shares the same internal storage as the Moto X), at first glance this model is double the price but you have to remember the Moto G is contract free. Basically, you may be paying double upfront, however you are getting the freedom to drop in whatever SIM best fits your needs.

Anyway, we have yet to see how successful Motorola will be with the low-price strategy they are taking with the Moto G, however it should be an interesting strategy to watch. And in reality, aside from looking at price and specs (on paper), it is hard to really tell how good or bad a phone will be without some hands-on time. For that we look forward to spending some time with a Moto G and in the meantime, those interested can see our full Moto X review.