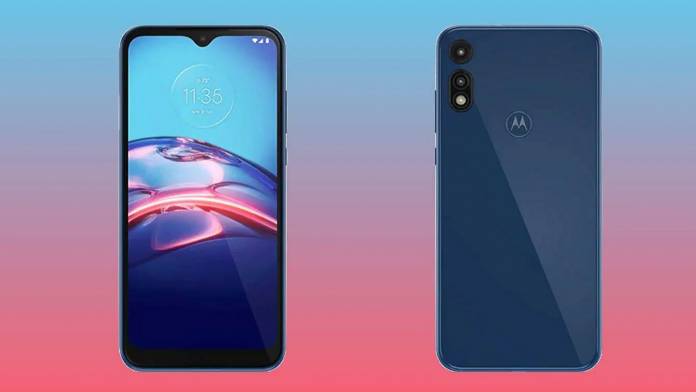 A couple of weeks earlier we saw the vanilla Moto E7 in a Google Play listing and now details of its big brother are also spotted in leaked Geekbench listing. The lower mid-range device will have a tad better specifications than the Moto E7, which has the bare minimum memory specs (a 2GB RAM), going by current day standards. The listing scores and other metrics give a fair idea as to what the entry-level phone will have on the inside.

Motorola Moto E7 Plus is listed with a total score of 1,152 for a single-core test and 4,373 in the multi-core test on Geekbench. The device will be powered by a 1.80GHz octa-core processor and the motherboard is codenamed ‘guam’. So it could be the new Snapdragon 460 inside along with 4GB of RAM base variant for the device. 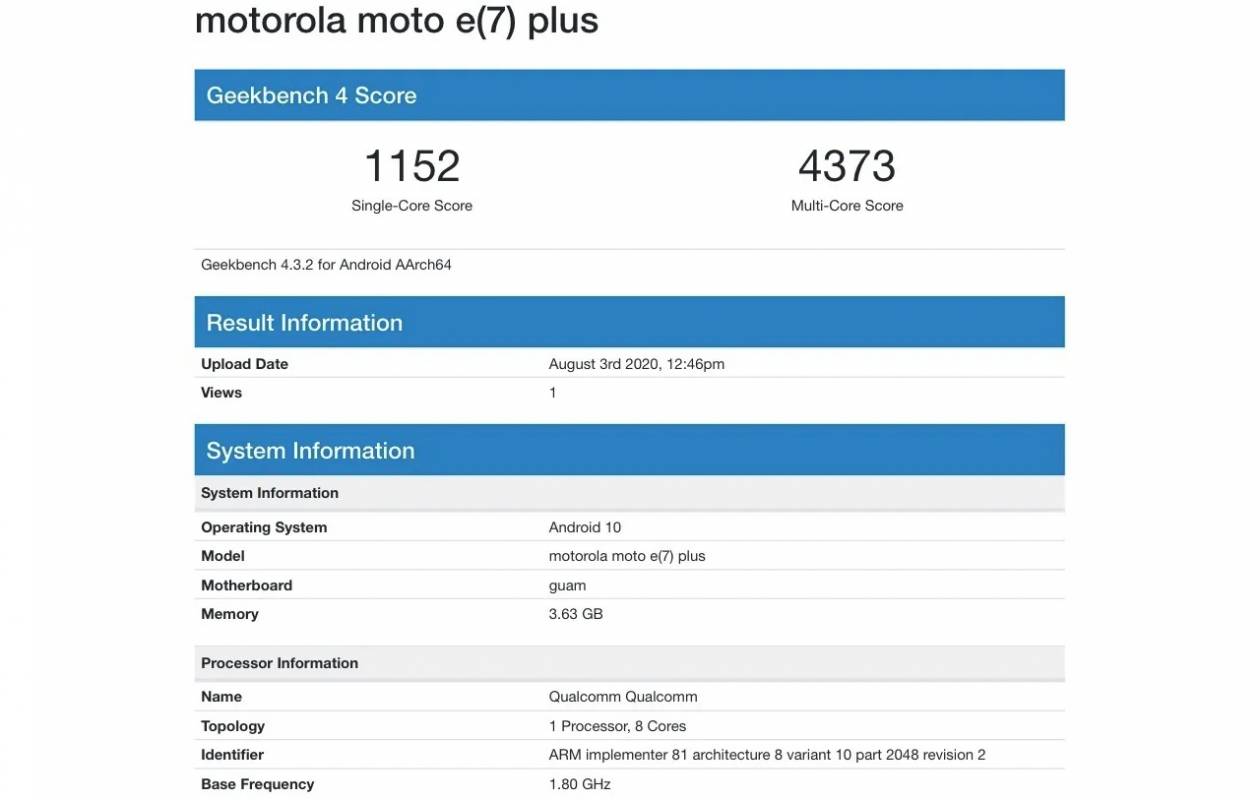 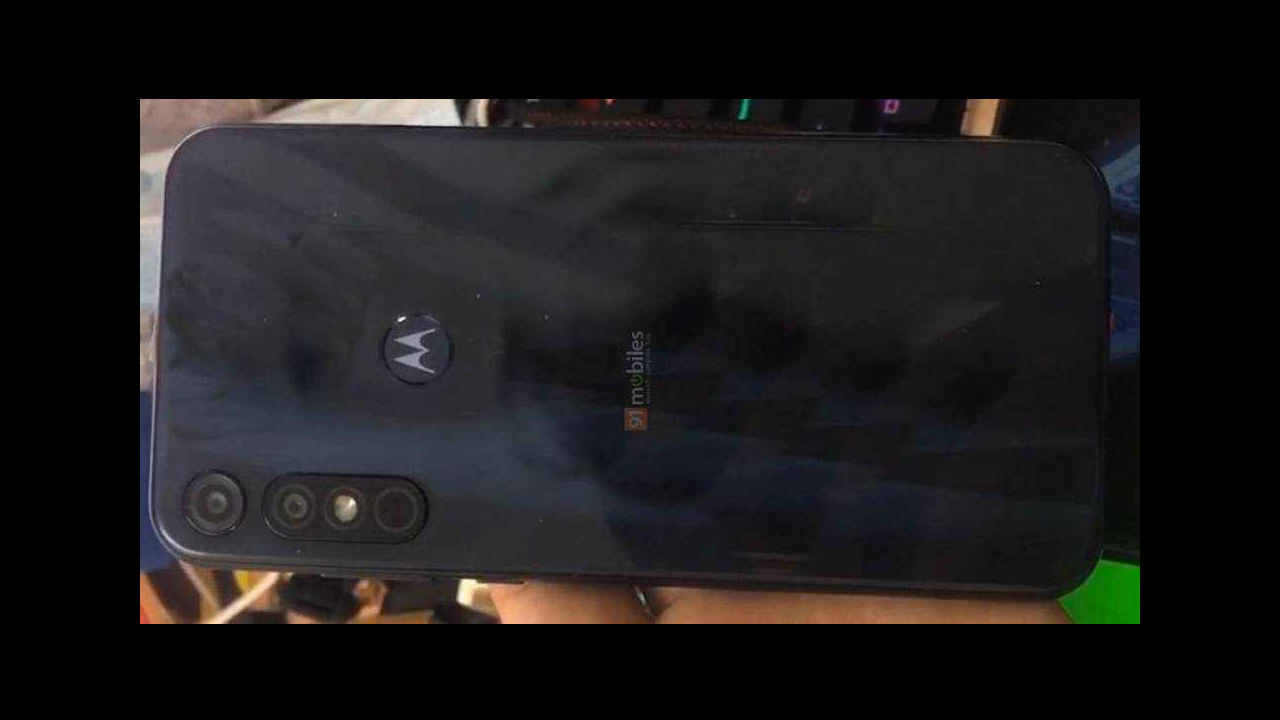 Other than that, the Android 10 stock UI powered E7 Plus will have a larger teardrop screen than the 6.2-inch HD+ on the E7. Last month the phone was spotted in some pictures to have a dual-camera setup on the rear. There will be Laser Auto-Focus which is a good feature for the entry-level phone.

Certainly, there is more to come about the Moto E7 Plus in the coming days and the picture will be much clearer then. We expect to see more on the other specifications and design on the phone.