Here we see four new pics apparently from a Samsung supplier of the metal cases reportedly for Samsung Galaxy S6 prototypes. At best, the author suggests that Samsung has already selected a prototype, and we’re seeing the metal casing of what should be mass produced for the upcoming Galaxy S6. But as with these leaks, the author is unable to verify. He is able to say though, that the supplier is a known partner of Samsung for their phones – that is why the author has seen it fit to blur the name of the supplier on the images. 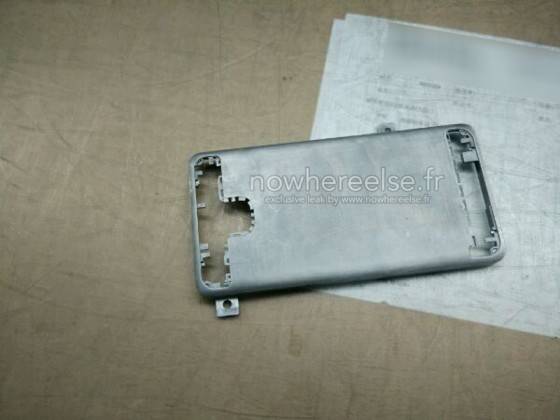 Rumors have been pointing to Samsung doing a complete revamp of their aesthetic and design approach for the Galaxy S6 – dumping the plastics in favor of an all-metal frame. With what little evidence we have – and Samsung’s movement in releasing the Samsung Galaxy Alpha and the A-Series – there seems to be good reason to believe this. Again, we cannot confirm any of this.

There are some whispers that prototypes of the Samsung Galaxy S6 will be shown to a select group of journalists during CES 2015 in a hush-hush Samsung meeting, so we’ll see during the duration of the Las Vegas tech trade show if any new rumors spill out.