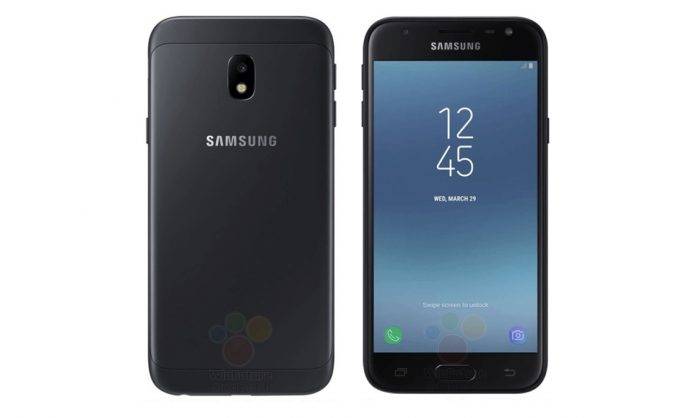 A couple of weeks ago, AT&T made available the Samsung Galaxy J3 (2017) with a $180 price tag. Interestingly, the phone is yet to be announced in most markets. The new edition of the Galaxy J3 (model SM-J330) has just been launched in Europe as another entry-level device. It will be released first in Germany and other countries will soon follow.

There’s also a 3GB RAM and 32GB internal storage variant but for a slightly higher price. When it comes to pricing, phone may start at around 200 euro.

The leaked images below look legit but now we’re curious why the phone looks different from the Galaxy J3 shown off by AT&T two weeks ago. There are some changes in specs too. There’s a possibility that the European models are designed with more improved specs. Aside from Europe, we heard the Galaxy J3 will also be released in India.