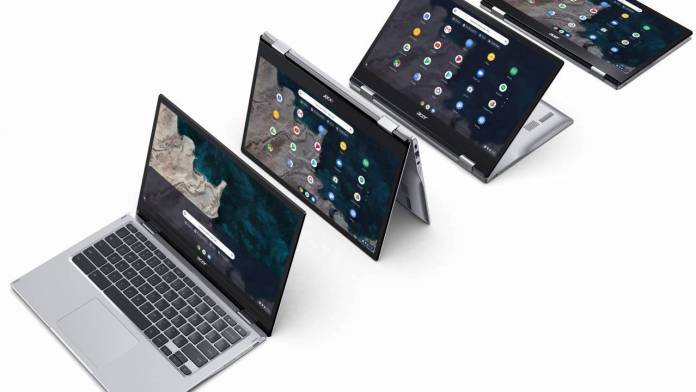 Chromebooks have finally outsold Macs. This happened last year–the time when pandemic precautions were in full force and most of the people around the world are forced to go on quarantine. Because of the lockdowns, people have spent a lot of money on gadgets that will help them stay productive at home whether for work, school, or business. It’s the first time that Chromebooks placed second but still after Microsoft’s Windows. It’s good news for Google but not so much for Microsoft because Windows’ numbers went down.

More Macs and Chromebooks were sold last year but the Chrome OS-powered notebooks proved to be more popular. It’s mainly due to their affordability compared to MacBooks. The numbers were reported by IDC (International Data Corporation).

The PC supply definitely took a hit in 2020. We’re not sure if it will improve this 2021 but we’re hopeful things will get better. There is still pandemic but people have started to live in the ‘New Normal’. And now, more than ever, demand for computers have gone up, with more students and employees staying at home.

Smartphone shipments were up in Q4 2020. Wearables also grew last Q2 2020 as prices went down. Now we can say Chromebook sales went up as well.