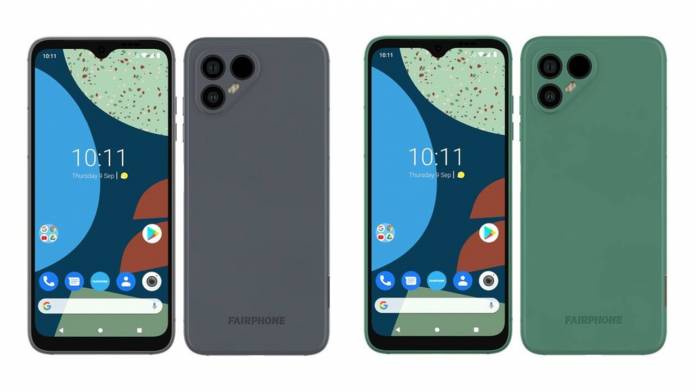 Back in August we had, by way of rumors then, reported that Fairphone, the company that is keeping the modular phone market ticking, is working on a new modular smartphone, which could land with 5G and Android 11 to compete with the more commonly accepted phones on the market. This news has been confirmed, with the leaks of the first pictures and specs of the Fairphone 4, as the new phone is likely to be called.

For some reason, not all smartphones we use today are designed to be modular. While companies are making their devices all the more complicated to repair and replace parts, Fairphone is staying put to the concept of modular phones that have a lower environmental impact.

Despite their conscience, Fairphone smartphones in the past have not really struck a chord with the consumers, who are more lured by the specs and prowess of the traditionally designed phones. Considering what we are learning about the upcoming Fairphone 4, we believe the company will find more takers this time.

The Fairphone which has been confirmed to be 5G enabled and run Android 11 out of the box has some specs spilled in a listing spotted by Twitter user @L4yzRw. The phone is expected to arrive in two – green and grey – colors with a 6.3-inch display featuring a waterdrop notch.

For the optics, the Fairphone 4 will feature a triple camera module on the back, which will be spearheaded with a 48MP main camera. Other details of this upcoming phone – which will really make heads turn for its ease of repair and modularity – have not been revealed yet. We however learn it could start at CHF 638 ($700 roughly), there is no word on when it will be available.