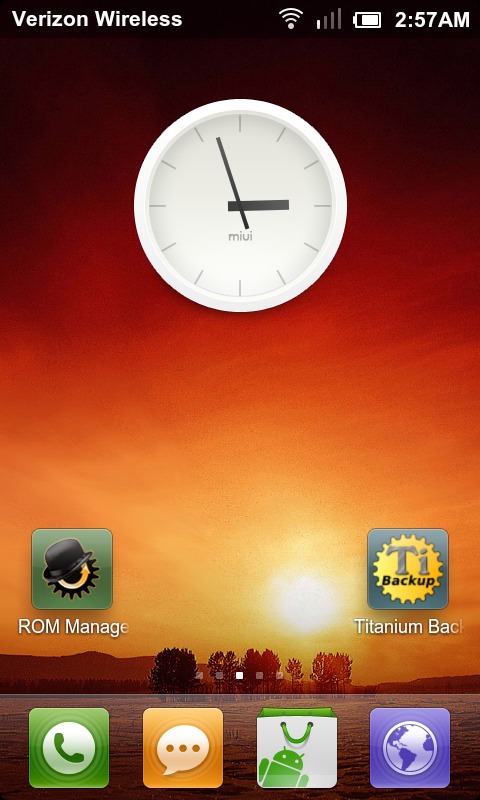 Well that was quick. Developer DroidVicious over at RootzWiki has almost ported his ViciousMIUI ROM over from the Thunderbolt to the Galaxy Nexus LTE. Before even a day had passed, he had calls, call audio, and data all working perfectly. The only feature currently broken and acting buggy is WiFI and the softkeys. Though we’ll have to wait for a WiFi fix from him directly, we can mend the softkey problem by downloading Soft Keys from the Android Market.

Over on the thread, there is also a second flashable .ZIP that will temporarily fix the softkey issue – so take your pick. I’ll have some screenshots of the ROM our community Forums as soon as WiFi is fixed later tonight. My Galaxy Nexus has been plagued with some pretty significant signal issues, regardless of what Verizon previously stated. Also, do note that DroidVicious used AOSP 4.0.3 as the base for this port, so it will likely be up to date as soon as those running stock ROMs are pushed 4.0.3 officially.

Users are reporting it working great, but with a very noticeable battery drain. To be honest, my Galaxy Nexus drains quickly anyways so I will probably not notice the difference. Using MIUI on my previous devices had been an excellent experience, and paired with the Galaxy Nexus I could’t imagine it getting any better. Who knows, maybe upgrading to the 4.0.3 based AOSP ROM will cure the signal issues too.