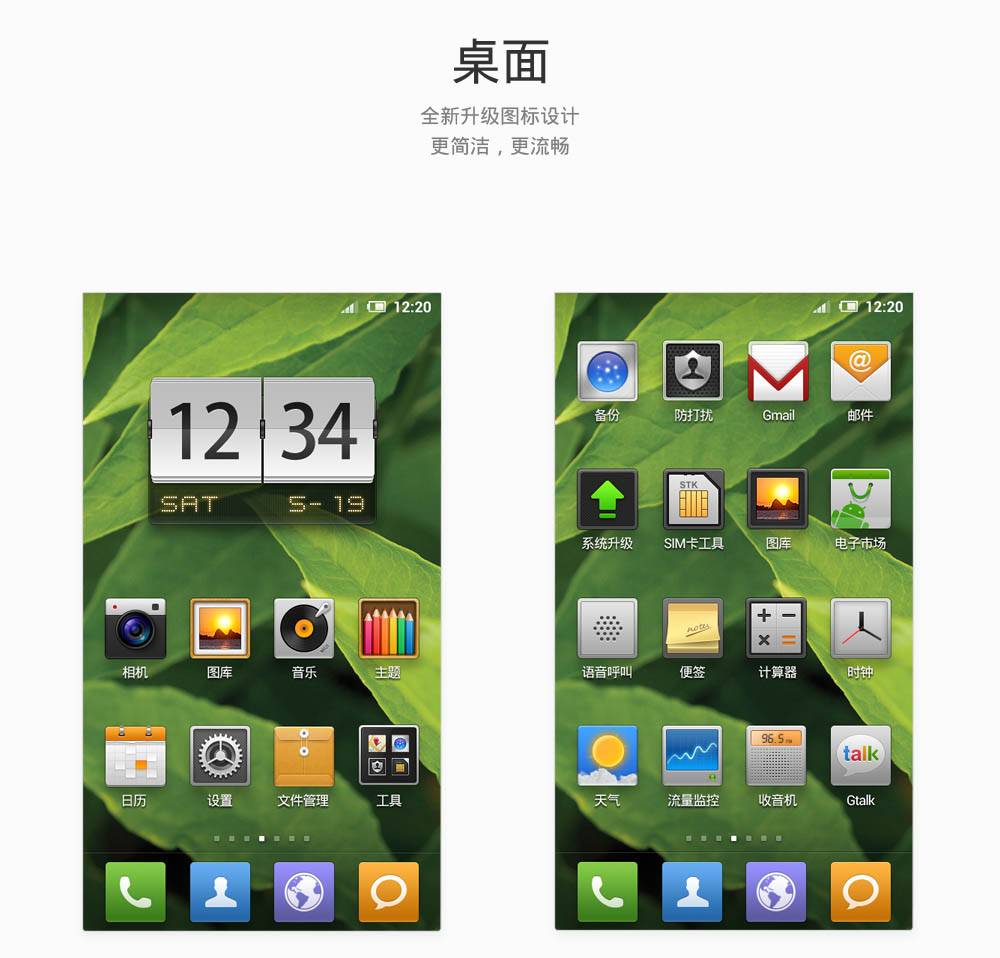 You didn’t think CyanogenMod was the only ROM starting on an Ice Cream Sandwich version, did you? The MIUI team, makers of  arguably the second most popular custom ROM out there, has already begun porting their extensive set of Android customizations to run on Ice Cream Sandwich’s open source code. The developers issued a special preview on their website, with a walk-through of the updated interface.

The changes don’t look that different from the current build of MIUI, but then the aim is not to duplicate Ice Cream Sandwich‘s look. MIUI has an interface all its own, borrowing elements from Android, iOS, WebOS and the various flavors of manufacturer customizations to make something that attempts to blend the best of all available options. Just about every app, from the launcher to the music player to the phone dialer, is uniquely styled.

The developers haven’t said when they’ll release the ICS version of MIUI, but you can expect it some time in the next couple of months. Supported devices should see an immediate upgrade with updates following weekly. Like CyanogenMod, MIUI releases its source code upon publishing, so user customized versions for even more phones should begin appearing shortly after that.

MIUI has the distinction of being the only community-authored ROM that’s openly featured on a retail device, Xiaomi’s MI-One. Though the “MIUI Phone” isn’t mentioned in the latest post, it will almost certainly see a flashable update as soon as the fourth version is ready, and Chin Unicom may send an over-the-air update soon after that.