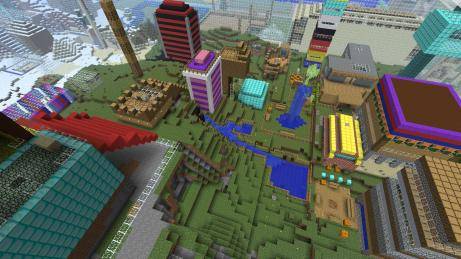 Sony Ericsson’s most fabulous Playstation-controller smartphone, the Xperia PLAY, gets a brand new game today, one that’s going to bring the device up to a brand new level, one that’s going to change the way the world works! And it’s going to do so with some big fat pixels. It’s Minecraft Pocket Edition, the mobile version of the “Fastest Growing Independent PC Gaming Franchise” (in history*) as developed by Mojang as released today exclusively on the Sony Ericsson Xperia PLAY.

What the folks at Mojang mean by what I just wrote before the * above is that Minecraft is currently the most downloaded paid-for independent PC game of all time. Quite an impressive claim to make – 11 million registered users and more than 50,000 new players joining by the day can’t be wrong. This newest version of the game will be thus far unique in that while Minecraft for PC is still, believe it or not, in BETA mode, the Pocket Edition of Mincecraft will be treated as more of a solid v1.0 release.

The Pocket Edition of Minecraft will also be updated regularly with new features and Mojang have made it clear that they’re treating game development as a service – aka it’s free as it should be. For those of you completely lost as to what Minecraft is all about, you’re not alone – a bunch of blocks stacked up to make some awesome structures of immense size and complexity – whatever your heart desires. Have a peek at the first advertisement for this release here, and get pumped up because the game is out now for $6.95 in the Android Market!