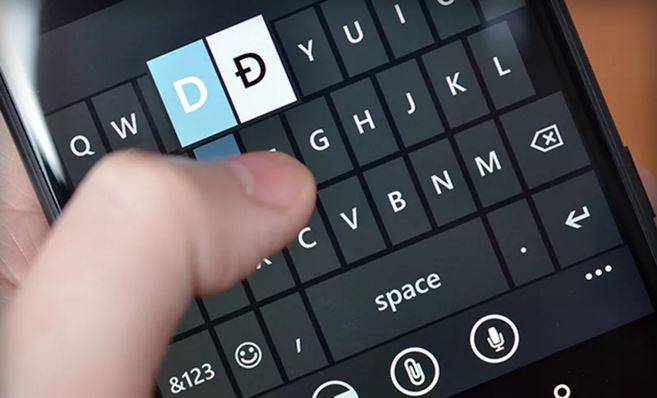 If you’ve tried a Windows Phone – and being curious people we know you’ve probably tried out one model or two (like we have) – you will be hard pressed not to notice the wonderful keyboard they have on those devices. We’re hardcore Android people here, but suffice it to say Microsoft has done a better job at that particular element than Google has. So it’s good news that Microsoft is bringing it out of that ecosystem and sharing the keyboard with others.

Rumor has it that Microsoft will be bringing the keyboard first to iOS, then hopefully to Android. Insiders have referred to an email from Microsoft looking for iPhone users to try out the Word Flow keyboard. There is no date set on when Word Flow will be released publicly on iOS, but if Microsoft is ready to test it, it should arrive in the coming months.

Microsoft is really keeping with its current strategy of spreading its software around – much like Cortana with Android. Mind you, there are a number of nice Android keyboard apps around, but we assure you that the Microsoft keyboard will be worth the wait, if it’s close to what they have on the Windows Phone.

Windows Phone’s Word Flow keyboard is one of the more unique parts of Microsoft’s mobile operating system. The version on the Windows Phone includes autocorrect, suggestions, gestures, and the ability to swipe letters to type out words. Watch this space to see when this comes out on Android.