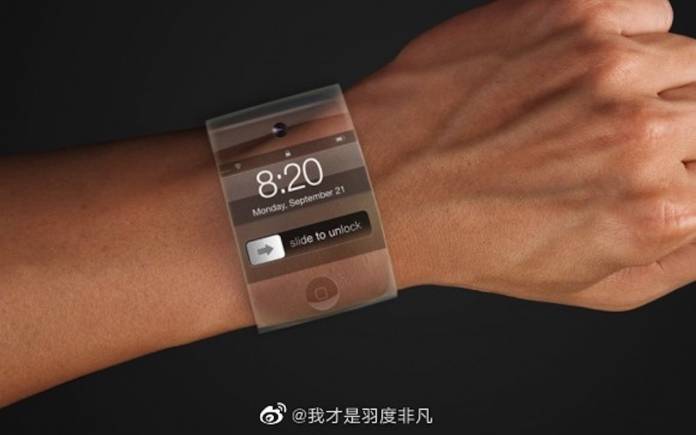 There’s no new Mi Band yet but the Mi Band 6 that turned out to be the Mi Smart Band 6 was a bit underwhelming. Well, it depends on who you’re talking to but we believe Xiaomi could do better every time a new model is introduced. The next one could be the Mi Band X as per a source. This one will be more interesting as the design could include a 360-degree scrollable display. It may also come with no straps.

The leaked Mi Band X appears to have a 360-degree scrollable display. This somehow reminds us of the Nubia Watch with curved AMOLED screen that was once listed on Kickstarter.

Details are scarce but its main selling-point could be the scrollable display. We believe the design isn’t final and official yet but the image tells us Xiaomi is exploring a number of possibilities and designs.

With the Mi Mix Fold, Xiaomi can very well work on another device with a flexible screen. The leaked photo of a presentation tells us the wearable device with a 360-degree flexible scroll screen doesn’t have straps. There is only a suction bracelet buckle. The color of the device is dark while the shape is square-ish.

Why no straps you ask? It’s because the Mi Band X’s scrollable display can be worn all over the hand. We’re guessing it’s something like a slap bracelet from the ’90s while looking something like futuristic.