MetroPCS offered the teaser last week and as of today it looks like the official confirmation has arrived. The carrier has announced the Samsung GALAXY S 4 and the handset will be available as of today. Those considering the purchase will need to be prepared to shell out $549, but otherwise, the GALAXY S 4 will be available contract-free and with the MetroPCS plans that begin at $40 per month.

The one catch with the MetroPCS GALAXY S 4 will be in where it is actually available. For now the carrier has it listed as being available in “select” markets with additional market and online availability to be announced soon. Basically, it is looking like the carrier has the handset available for those in a MetroPCS LTE covered area. 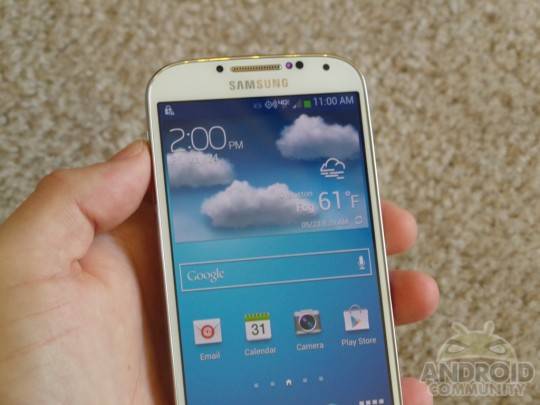 The handset itself will arrive running Android 4.2.2 Jelly Bean with the TouchWiz user interface. The handset will also have a 5-inch HD Super AMOLED display protected by Corning Gorilla Glass along with a quad-core 1.9GHz processor, 2 megapixel front-facing camera and 13 megapixel rear-facing camera with 1080p HD video recording.

Finally, in addition to the hardware, Samsung has the GALAXY S 4 loaded up with plenty of software features. Some of those include Smart Pause which will have your video pausing when you look away from the screen and Air View which shows previews of emails, images from the gallery and even stories that are in Flipboard. Samsung also includes Air Gesture which means you can wave your hand to do things such as answer a call or skip a track.