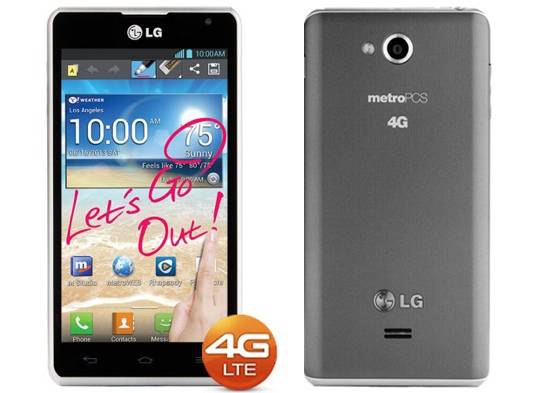 MetroPCS has officially announced their latest smartphone, the LG Spirit. The handset will be available for purchase beginning today and is being touted as having “top-of-line features” and a “sleek and stylish frame.” That being said, while we wouldn’t argue over most of the specs, there is one issue that we cannot overlook at this point in time.

Diving right in, the LG Spirit has launched with Android 4.0 Ice Cream Sandwich. Granted, ICS is a more than capable version of Android, however it seems time to begin releasing new models with Jelly Bean. Annoyance aside, the rest of the specs seem decent enough. The LG Spirit is a 4G LTE handset and sporting a 4.5-inch display with Corning Gorilla Glass, a dual-core 1.2GHz processor and 5 megapixel rear-facing camera with LED flash and 1080p HD video recording.

Other goodies include 4GB of internal storage, a microSD card slot, 2150 mAh battery and a 1.3 megapixel front-facing camera. MetroPCS has the LG Spirit priced at a contract-free $199. Though, we should also mention that the $199 price point comes after a $70 mail-in rebate.

Aside from the specs and the purchase price, MetroPCS is now offering those recently revamped plans. These plans begin at $40 per month and includes the $60 per month plan which offers unlimited talk, text and data. Finally, for those who happen to be music fans, MetroPCS users can also grab a Rhapsody account (with unlimited on-demand music listening) for just $5 per month.