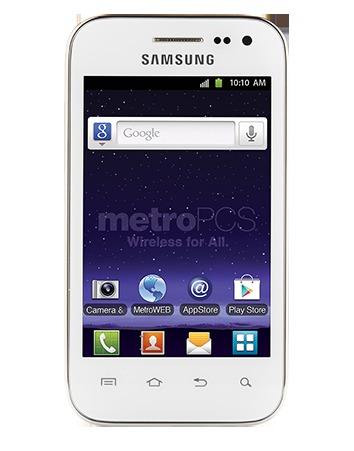 MetroPCS recently announced some updated calling/data plans. These plans arrived last week in the form of three “simpler” 4G LTE options. Basically, each of those three plans included unlimited voice and messaging and offered varying data limits based on price. And well, MetroPCS also quietly removed any mention of a plan that had Rhapsody bundled in.

In the past, the carrier had a higher-end plan available that included a Rhapsody account. Putting the past, well, in the past and it looks like new MetroPCS users will still be able to get a deal on Rhapsody. In fact, some may argue that this is a better deal than before. You see, with this new arrangement, any of the MetroPCS plans will be eligible to add-on Rhapsody.

Simply put, if you are signing up for a new plan with MetroPCS you will have the option to add Rhapsody for an additional $5 per month. This is a nice discount as compared to a stand-alone Rhapsody account which would set you back $10 per month. Users can get the $40 per month 500MB of data plan for $45 with Rhapsody. Similarly, the $50 plan with 2.5GB of data would be $55 with Rhapsody added and the top-tier plan would be $65 per month.

The one catch in all this, users on the two lower end plans may need to keep an eye on data usage. After all, if you are streaming lots and lots of music, you may end up coming close to, if not going over when you are looking at 500MB and 2.5GB limits (before being throttled). Of course, Rhapsody does allow for offline listening (by downloading ahead of time) so you may want to make sure you plan your downloads for when you are connected to a Wi-Fi network.